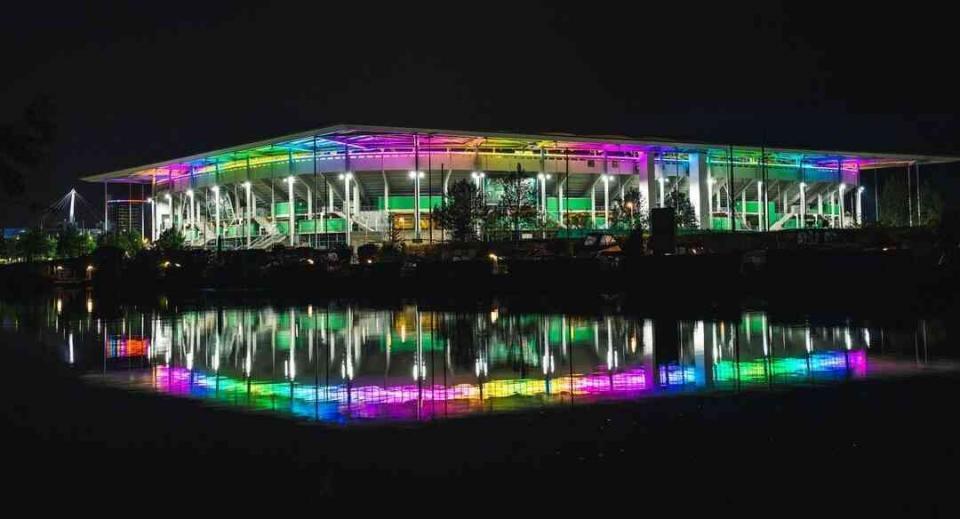 They understood everything! While UEFA rejected the Munich government’s request to illuminate the Allianz Arena with the LGBT + flag during the match between Germany and Hungary at the European Championship, other officials will rescue the cause.

The European body considered a gesture with “political context” and was not well received by the Germans and the world in general. Almost two years ago, UEFA itself boasted messages of inclusion in Euro 2020, and now the story is told differently.

The main objective of lighting the buildings with the LGBT + flag in the visit of Hungarians to Germany, is to support the community of this country, which suffers from the laws approved by its Parliament. Under this argument, the Bundesliga and Bundesliga 2 clubs joined with Mayor Dieter Rieter to promote a message of solidarity and unity.

Minutes after UEFA released its position, millions of criticisms of the decision began to rain down. However, he highlighted the support for the LGBT + community in Hungary and around the world, which will come mainly from Germany.

Through communications and messages on social networks, clubs such as Augsburg (SGL Arena), Wolfsburg (Volkswagen Arena), Mainz (Opel Arena), Köln (Rhein Energie Stadion), Schalke 04 (Veltins-Arena) and Werder Bremen (Weserstadion) They showed their solidarity and something else. Most will light or display the rainbow flag in different ways in their stadiums.

“For diversity and tolerance: WWK ARENA will be illuminated tomorrow night in the colors of the rainbow! “, Published Augsburg along with a video that gives a preview of how the property will look.

For its part, the Köln released a longer statement. In the text, General Manager Alexander Wehrle explained that the Rhein Energie Stadium will shine as a sign of protest: “We want to be synonymous with diversity and acceptance. Events in Hungary are terrifying; it is important to set an example against”.

The Berlin Olympic Stadium will not be left behind, as Hertha Berlin announced that they will also use their lights to display the LGBT + flag from 9:00 p.m. local time.

The Wolfsburg did not stay behind and take advantage of lighting the Volkswagen Arena; meanwhile, Schalke 04 posted a message clarifying that this is not a provocation but a “no-brainer “that fights for diversity and tolerance.