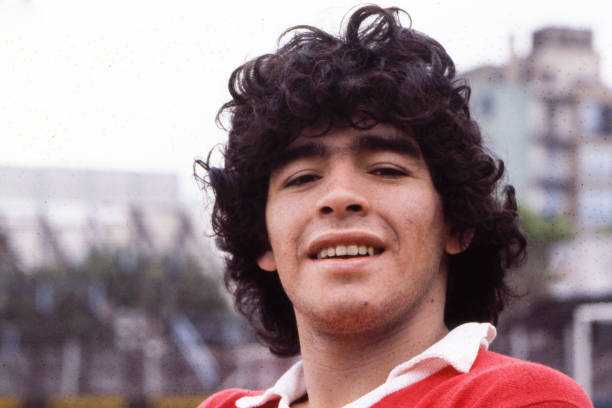 Diego Armando Maradona used drugs for the first time in his final stage at Barcelona, ​​but who actually introduced him?

Diego Armando Maradona had a spectacular career on the courts and was controversial off them. The ’10’ is considered one of the world’s best players, and his performance might have been better if it weren’t for his drug addiction.

Maradona was suspended from Serie A for consuming cocaine, and in Argentina he was arrested for possession of drugs in the 1990s in the year 2000, he was hospitalized for an overdose, in Uruguay. His life was marked by excesses from his arrival in Barcelona, ​​as recounted by ‘Maradona: Sueño Bendito’.

Maradona tried the drug in Barcelona

Diego spent a couple of turbulent years in Barcelona, ​​to which he arrived as the highest figure after the 1982 World Cup in Spain. In Catalonia, he caused controversy for his unstoppable nightlife and infidelities to Claudia Villafañe, but also in the Catalan capital the relationship with the drugs.

“I was 24 when I first took drugs. In Barcelona. It has been the biggest mistake of my life,” Maradona confessed in 2017, according to El País, without saying with whom or who he used, however, the first time he used cocaine may differ a little from the version of ‘Maradona: Blessed Dream.’

According to Argentine media reports, Maradona signed a document on March 30, 2019, in Sinaloa, Mexico, where he trained Dorados, in which he exposes 1 4 points that must be addressed in the Amazon series.

“Under my sole responsibility, authorize the series you produce and is developing the following subjects that have touched me tragically live,” said the document signed in Mexico.

Who introduced him to drugs?

In the eighth point, he assures that the first time he used cocaine was indeed in the process of leaving Barcelona to become a Napoli player, in Italy, and details that the person who introduced him was Coco Villafañe, Claudia’s father (his father-in-law, then).

However, Claudia Villafañe appealed to the authorities in Argentina to change some parts, since this and other points leave Claudia in a bad way, for example in the first point, Maradona suggested dealing with Claudia’s infidelities towards him.

Maradona and Claudia ended up in lawsuits, although despite this, Claudia continued to watch Diego, even on the day of his death, she had communication with Oscar Rugeri, one of Maradona’s friends, who died away from his family and friends.

“Why are these unique guys dying on their own? Claudia told me: ‘Cabezón, if you saw where Diego died, you would die.’ I didn’t want to ask him more,” he shared, according to Olé.