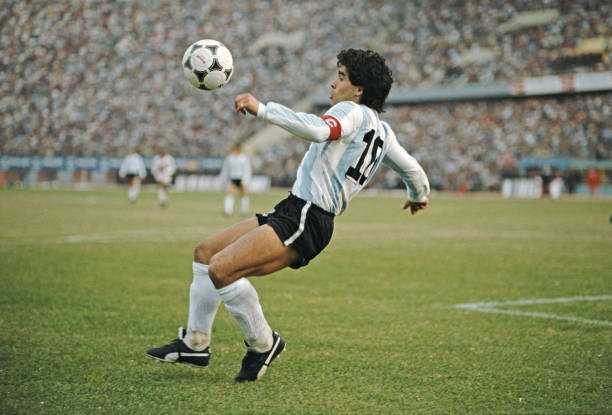 Among his multiple infidelities, Diego Armando Maradona was related to a 20-year-old Italian named Cristiana Sinagra.

Diego Armando Maradona had a life of excesses, which began in Europe after his time at Barcelona, ​​where he used cocaine for the first time. The addiction grew while playing for Napoli, where he related to several women along with his relationship with Claudia Villafañe.

Maradona arrived at Napoli in 1984, and a year later, he met an Italian woman named Cristiana Sinagra. He was 24 years old, while she was 20.

The story between Maradona and Cristiana Sinagra

Although the series’ Maradona: ‘Sueño Bendito’ shows Sinagra living with Diego’s family, she assures that when they met the family of ’10’ was not in Italy, but also Claudia Villafañe knew about the relationship between them, although Sinagra thought that the footballer had no relationship with Claudia.

“It was not the mistress. Maradona did not have a relationship with Claudia Villafañe, who every so often called him at home, and I answered, therefore, I knew very well that I was with him,” he told Diva and Donna magazine in 2007.

Maradona abandoned Cristiana Sinagra when she was five months pregnant, once she left for Mexico to play the 1986 World Cup in Mexico, and later they did not relate more, despite the fact that the Argentine returned to Italy to continue his career with him. Napoli.

On September 20, 1986, almost three months after winning the 1986 World Cup in Mexico, Diego Fernando Sinagra was born, Maradona’s first son, whom he constantly rejected. Cristiana introduced her little boy in an interview and assured him that the father was Maradona, for which he began a legal process for the player to recognize his paternity.

Thanks to his influence, Diego Maradona managed to have the broadcast of a program canceled in which Cristiana is subjected to a lie detector and is questioned about paternity.

The footballer was summoned to carry out DNA tests, however he refused on three occasions and in 1992, a judge determined that Diego Fernando could use the surname Maradona and that the Argentine footballer had to provide four thousand dollars a month for his maintenance.

“I forgave Diego, and that’s it,” Claudia Villafañe answered about her infidelity with Sinagra. “I asked him if it was his son and he said no and that’s it, the subject was never touched upon again. I forgave him and stayed with him”.

When Maradona met his son

It was until 2003 when Diego met his son, when he was 17 years old. He learned that his father was playing golf in a park in Italy. By then, Maradona had retired from soccer and when he saw the presence of the young man, he tried to get away in one of the carts, however, he asked them to stop when the young man told him: “This is your last chance to meet your son.”

It was until 2016, however, when Maradona legally recognized his first child, and therefore his grandchildren, Diego Matías and India Nicole, with whom he lived especially during his time in Dorados de Sinaloa.

“You often ask me if I have forgiven you, how could I not have? If with a hug you managed to cancel so much suffering. I would forgive you a thousand times more because each child has his own superhero and you have always been mine. I love you dad,” Diego Maradona Jr wrote on his father’s 60th birthday, days before his death.

Both Diego Maradona Jr. and his mother Cristiana Sinagra have preferred not to see the series less than a year after the death of the Napoli idol.