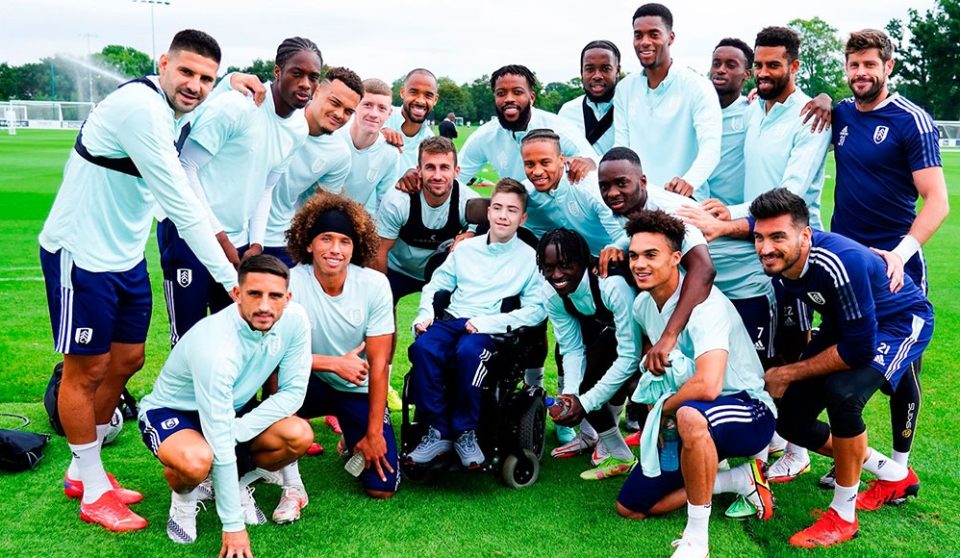 Rhys has helped charities, and now Fulham, the team of which he is a fan, made him part of their squad as a goalkeeper.

Rhys Porter has fulfilled his dream, as he is officially part of Fulham, the team of his loves, with only 13 years of age. The Premier League team included him as part of the first team on their website, after living with the rest of the players, and this is one more reward than just after facing the attacks on social networks in a positive way.

Rhys is passionate about goalkeeping, so he posted a video on his social media showing how he saves. He suffers from cerebral palsy and epilepsy, for which his posts have been the subject of negative comments, including ridicule and racism.

However, Rhys has capitalized on the positives, raising more than £ 5,000 for a charity for people with disabilities through his posts.

But just as he has helped other forgives, he has received rewards that he would never have imagined. At the age of 13, he was invited to train with the England National Team of players with cerebral palsy, but what has most excited him is to be considered as a Fulham player.

Rhys is next to Marek Rodak, Paulo Gazzaniga, and Fabricio Agosto as part of the group of goalkeepers of the team that competes in the Premier League, and before meeting all his new teammates, he was surprised by Tim Ream, one of the players of the first team, and the 13-year-old couldn’t hide his excitement.

“What he’s doing is the biggest inspiration any of us could do,” said the American footballer.

Rio Ferdinand, a former Leeds and Manchester United player, has become involved in the bill that seeks ways to avoid violence and discrimination on social media, mainly on Instagram and Twitter.

Before the Parliamentary Committee, the former professional player appeared to build a new regulatory framework and impose regulations on social media companies to quickly eliminate harmful content. According to the BBC, Ferdinand has argued that there are tools to track copyright infringements, but “it is puzzling” that there are no tools to identify harmful posts.

In case of not finding a solution through tools that remove negative comments and content, a fine of thousands of pounds is proposed. However, representatives of Twitter and Instagram in England have assured that they work on this issue.