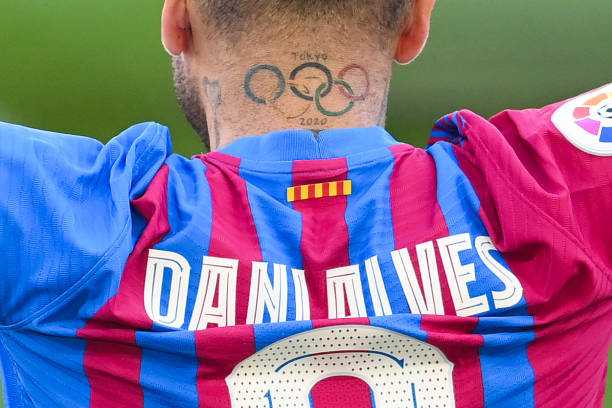 Dani Alves was officially presented as Barcelona’s reinforcement and fueled the illusions of the Catalan fans in his first speech by ensuring that in a couple of hours he could look for Lionel Messi to convince him to return to the club after leaving for PSG in August.

Alves became the first reinforcement of Xavi Hernández, who returns to the club after six years, although now he will serve as a strategist. The Brazilian footballer was reunited with old acquaintances such as Gerard Piqué, Sergio Busquets, Jordi Alba, and other players who were his teammates in his first stage at Barça and with whom he won at least one Champions League.

However, the great absentee in the dressing room is Messi, whom he remembered in his first press conference. “If you give me a couple of hours, I’ll go find him,” said the Brazilian player happily.

Already in a more serious tone, he regretted that Messi was not in the dressing room. “There are things already written, and that will always be remembered. Leo is the greatest I have had as a partner, and it would be incredible to see him here again, but unfortunately, it cannot be like that”, he said.

Where will Dani Alves play?

Alves left Barcelona at 33 years of age and returned at 38. Hence, the physical performance no longer gives enough to go up and down the right-wing, as he did in his first stage. Although he assured that He will fight to be a starter, he also accepted that Xavi Hernández has not only entrusted him with the role of playing as a winger.

“I have spoken with Xavi, and I can play on the side, in the center of the field. .. The important thing is to help, collaborate in the group, and what I will do is fight to earn my space in the team. Not because of what I did, but because of what I can do from now on”, he mentioned.

Laporta does not rule out the return of Messi

After Alves’ speech about Messi, the president of Barcelona, ​​Joan Laporta, indicated that although the outlook is complicated, he does not rule out the return of Lionel Messi and that of Andrés Iniesta, whom Alves remembered when choosing number eight in the dorsal.

“We are talking about Messi and Iniesta, two personalities who have made this club great and who we have in mind. I can’t predict the future, and even though they have a contract with other clubs, you never know”.

Finals And Statistics: This Is How Lionel Messi Has Done In The Copa America