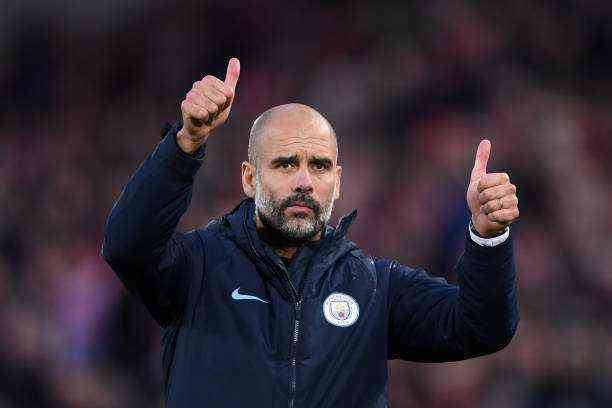 Josep Guardiola congratulated Bayern Munich’s feat and jokingly proposed a duel against his Barcelona to end the debates. Bayern Munich defeated Tigres in the final of the Club World Cup and thereby won their sixth crown, which is why they join the Catalan team led by Josep Guardiola.

Guardiola has a close relationship with the Teutonic team, which he managed after his time at Barça. It was three years in which Pep tried to revolutionize German football, focused more on a physical style than virtuous, and he succeeded, although his revolution was incomplete by not winning the Champions League.

Pep is fondly remembered at Bayern, who had not found a strategist who would give the team stability and resounding success. Carlo Ancelotti, Willy Sagnol, Jupp Heynckes, and Nico Kovac passed on the Bavarian bench, until finally the opportunity was opened to Hans-Dieter Flick, the interim who ended up conquering the sextet.

Therefore, Guardiola launched a message to congratulate Flick and those who were once its players. “I am very proud, congratulations to everyone, especially Hansi Flick, the players, and all the staff behind for this amazing thing,” Pep said.

What is the best sextet?

Some say that Barcelona is the best sextet for being the first in history and for the style of play that that team implemented with Lionel Messi, Andrés Iniesta, Xavi Hernández, and Rafita Márquez.

Bayern can say that theirs is better because they have better numbers, but so that there is no more debate, Guardiola proposes a shot: a game for the seventh title between his Barcelona and Bayern Flick.

“I want to tell Hansi that they are the second club to win the sextete, before we were in Barcelona so I can call Messi and company to play for the seventh title so tell me when and where and we’ll be there, “ said Pep, who Perhaps he did not consider that Barça was already traumatized after the 8-2 win in the 2020 Champions League.

Griezmann: With Today’s Image And Work We Can Win The League»