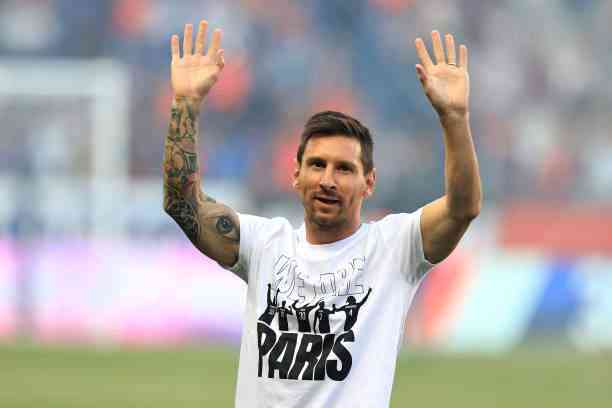 When will Messi debut with PSG? It is a big question for the whole football world, and we tell you a tentative date for the premiere.

Since Lionel Messi signed for PSG, the entire soccer world has been convulsed ( here’s why) over his arrival at one of the most powerful teams in sport in history. The idea of ​​seeing the Argentine with Neymar and Mbappé causes a natural fury in the people.

We may have to wait a bit -as Jose would say: a little bit more- because he is not yet 100% physically for his debut, and it is understandable, since the final of the Copa America, he has not competed, like Neymar.

So, Messi is working in the gym and on the pitch with Mauricio Pochettino’s coaching staff so that as soon as possible, we can see one of the most powerful tridents football has ever seen on the pitch.

Matchday 3 of France’s Ligue One has already started, and PSG beat Brest as a visitor, albeit with problems. Minutes before the match, Messi was out of the call because he has no rhythm to debut with his team.

Although unfortunately we will not be able to see him debut at the Parc des Princes, as we all would like, because PSG returns to its stadium until matchday 5, almost at the beginning of September, but there is good news, as date 4 could be the key for debut.

Messi returned to training a few days ago and after almost a month of vacation and without physical activity with a team, he is recovering his form, because he does not want to be exhibited in his presentation with PSG.

On August 29 against Reims, it is much more likely that Messi will receive a few minutes in the game. It is most understandable, since he will have more time to be in physical shape for the following commitments of the Parisian team for the Conmebol qualifiers.

Because it is something Lionel is aiming for as a professional, to arrive in excellent shape at the Qatar 2022 World Cup and at the beginning of September he has a couple of commitments with the Argentina National Team, so these days he will take them to get 100% in his physical and football level to get to his debut in the best way and with his country.