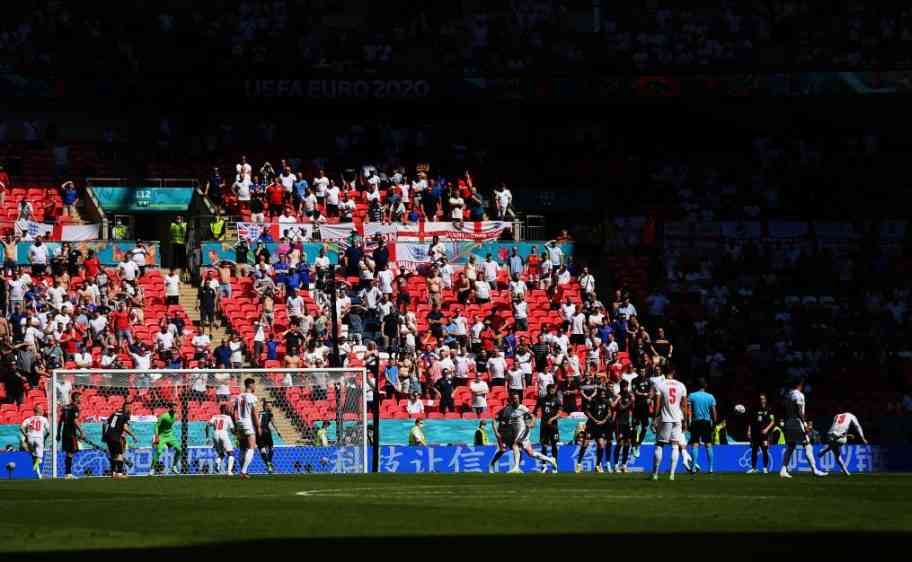 UEFA confirmed what happened prior to the start of England’s match at Wembley, in the European Championship, and reported the incident to the supporter.

The victory of the England National Team was overshadowed by the fall of a fan at Wembley Stadium, and his health is serious, according to UEFA, which through a statement, confirmed the event, as well as it was unmarked from future reports for “privacy reasons.”

The fan overcome the barriers of the stands and fell dramatically and was immobile. The stadium’s emergency services came to attend to the fan, who was taken by ambulance to a hospital.

“UEFA can confirm that a spectator fell from the stands and was taken to hospital in serious condition. For more information, please contact local authorities due to privacy reasons,” UEFA said in the brief statement.

The version of the witnesses at Wembley

One of the witnesses told the Evening Standard how he saw his legs go over the grandstand barriers, “and then he hit the ground and did not move. It seemed that the staff took years to arrive, and a person who was close was inconsolable.

The event occurred before the game started from the Wembley balcony area. The fan fell into an area where there were other seats, so the area was cleared.

“I didn’t see it, but I did talk to some of the people who did see it at halftime. They were traumatized. He fell from the balcony onto the seats and the concrete. I think it happened near kick-off, otherwise I would have noticed. That space to sit was cleared”, shared another of the followers interviewed by the British newspaper.

Thanks to a goal from Raheem Sterling near game time, the England team beat Croatia by the slightest difference in their Euro Cup debut.