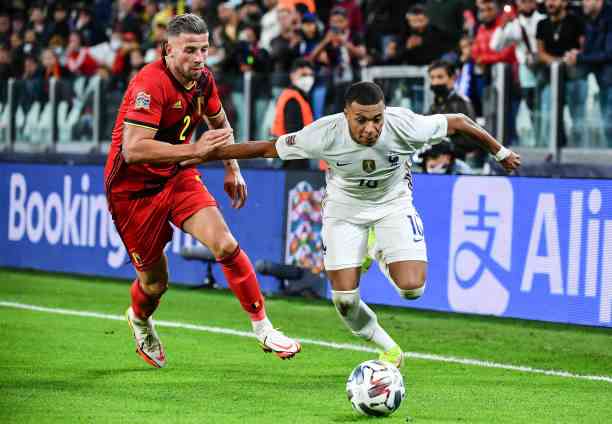 France rallied from 2-0 to advance to the Nations League final against Spain, and we tell you everything you need to know about the UEFA tournament.

Now is the time to define a new UEFA Nations League champion. Luis Enrique and his surprise Spain, will face a France that came back from the match to advance to the final, which will take place this October 10 at 1:45 p.m.

With everything and the criticism of using Gavi as a starter by not having less than 10 games in the first division, Spain beat an Italy that looked unbeatable, although not for Luis Enrique’s. Here we leave you the summary and the goals of Ferran Torres that served to leave Azzurra out.

France repeated the dose to Belgium, the one they injected in the 2018 World Cup in Russia and which they may not be able to forget for a long time. The Gauls came from behind to overcome a 2-0 and last minute to kick Belgium out.

With these results, on the same October 10, Italy and Belgium will face each other to find out which team is left with third and fourth place. San Siro will be the setting for the Nations League final, in which Portugal will cede the throne to those led by Luis Enrique and Didier Deschamps.

The goals with which France beat Belgium

After 37 minutes, the score was opened in the game. Yannick Carrasco was in charge of making it 1-0 with a shot from the right foot that Hugo Lloris was unable to cover at the first post and could only see how the ball went to the back of the net.

Romelu Lukaku showed all his quality for the 2-0. A pass from Kevin De Bruyne, which the forward let through with a screen to remove Lucas Hernandez and face Hugo Lloris. He broke the net with a right hand from the right corner of the goal.

France never stopped looking for the tie and had its prize at the feet of Karim. Benzema received a ball from Mbappé with the goal behind him and had the ability to turn around and cross a shot so that Courtois could not do anything.

Tielemans was the villain in the match. France was turned on the attack and on a ball in the area to Griezmann, the recklessness of the Belgian made him kick Antoine’s leg, and the VAR did its job. Penalty for the French team charged by Mbappé, who would not miss the tying goal.

After a goal disallowed against Belgium, France would get the chip to win in the game, and first Pogba tried with a shot that went to the crossbar. In another attack attempt, Griezmann made a cross that the defense rejected and the ball was left to Theo Hernández on the edge of the area, he did not hesitate to take the cross shot that beat Courtois.

What does the Nations League champion win?

If at any time they ask themselves the question of what the team that wins the Nations League wins, we tell them that the prize is only economic, in addition to taking the trophy to the showcases of the Federation that is the winner of the tournament.

The tournament champion takes 10.5 million euros, but not only does the winner take a good amount of money, because in reality, the four teams in the Final Four take their prize money. The runner-up receives nine million, third place will take eight million, and fourth place will have seven million.

There will not be any type of prize for the Qatar 2022 World Cup qualifiers or anything, the only advantage that being a Nations League champion gives is being in a qualifying group with five teams instead of six, as well as Portugal currently in this process of playoffs. The winner between Spain and France will have that advantage heading to the 2026 World Cup.