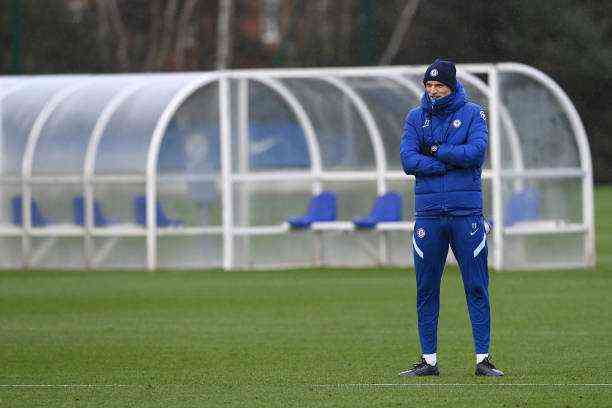 As the return of the UEFA Champions League approaches, we will talk about Thomas Tuchel, the technical director who started the football year at the helm of PSG and will finish it in England with Chelsea.

In fact, not a month has passed since he took the reins of the Blues, but it is rumored that the contract of the also ex-footballer would be renewed automatically if he qualifies for the next edition of this same tournament.

The first part, with PSG

The strategist started this Champions League season at the helm of Paris Saint-Germain. The French team was located in Group H together with Leipzig, Manchester United, and Istanbul BB.

The Parisian squad finished the first round as the leader of their group with 12 points, the product of 4 wins, 2 losses, and a goal difference of +7. However, his last game was marked by racism from a referee to a rival member.

Despite the fact that things were not going badly in the Champions League, the PSG board of directors decided to end their working relationship with Thomas Tuchel in December 2020 as they did not have the expected results.

He will close the Champions League with Chelsea

Blues managers made a similar decision at the end of January 2021. Frank Lampard left the Chelsea bench in the middle of a major bump, and after about a month without directing, Tuchel entered the scene.

The first German helmsman in the English club’s history made his Premier League debut on 27 January with a goalless draw against Wolverhampton and now made his Champions League debut against Atlético de Madrid in the round of 16.

For now, Thomas Tuchel has 6 wins and two draws under Stamford Bridge and even made it past the fifth round of the FA Cup. This positive streak was extended thanks to Giroud’s Chilean to beat Atleti.

Who is Thomas Tuchel?

Born on August 29, 1973 in Krumbach, Germany, he began his soccer career as a player. He was a defender for the Stuttgarter Kickers and registered 8 games in the Bundesliga 2; then he was part of the SSV Ulm Third Division until 1998, when he retired due to a severe injury.

In 2000 he approached the benches, with the Under 19 category of Stuttgart and in 2005, he went to Augsburg as a youth coordinator and coach of one of its subsidiaries.

His first Bundesliga break came in 2009 with Mainz, a newly promoted club with which he closed the season in the ninth place.

Although he did not fight for the first places, the results of Thomas Tuchel were good, and he qualified for several editions of the Europa League. However, its cycle ended in May 2014 by choice.

In May 2015, he became Jürgen Klopp’s successor at Borussia Dortmund ; There he won a German Cup, but was fired in May 2017 for alleged differences with the board.

A year later, he signed with Paris Saint-Germain: Tuchel added to his record 2 Ligue 1 titles, 2 French Super Cups, a Cup, and a League Cup; He was also runner-up in the Champions League in the 2019-20 season.