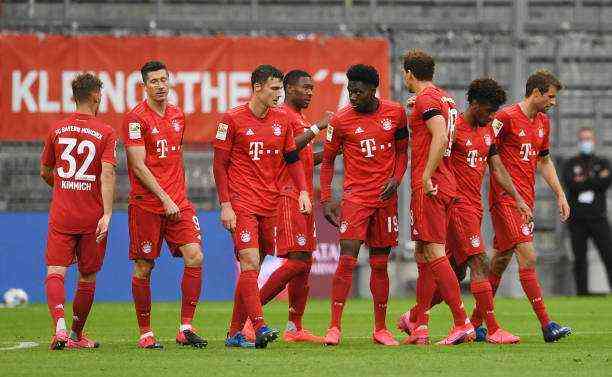 Barcelona was the team that generated the most money in the 2019-20 season, although it was also one of those that reported the most losses.

The 2019-20 season will be marked in the history of football after the coronavirus pandemic, which forced a stop to activity since March 2020, in the world’s main leagues, which meant a severe blow to the economies of the clubs, even among the most powerful.

The clubs had to modify the footballers’ contracts during that period, as they lost income from television and advertising rights, in addition to tickets to the stadiums, so that salary cuts were agreed or even the suspension of these during the period of no activity.

Despite this, and even despite the poor results and the institutional crisis, Barcelona was the team that made the most money last season, according to the Football Money League and the consulting firm Deloitte.

The Football Money League is made up of 20 teams, which generated a total of 8,200 million euros during that season, which means a reduction of 12 percent compared to the 2018-19 season, when 9,300 million were generated. In another vein, 1.1 billion less was generated.

Barcelona, ​​the team that generated the most

The Catalans had income of 715.1 million euros, despite all their regrets, which could be interpreted as a success. However, the Blaugranas are one of the teams that reported the greatest losses, since last season they had generated little more than 840. In this way, Barça had losses of up to 125 million.

Real Madrid has a more stable economy. It is second in this ranking with 714 million. The losses are also great, but they are not as alarming as those of Barça; the meringues lost 40 million.

Bayern Munich, the Bundesliga and Champions League champion, was perhaps the team that rescued the most thanks to its sporting successes; entered 634.1 million euros, only 26 million less compared to the previous season.

The Premier League is the list with the most representatives among the top 10, with five clubs, which also denotes their league’s strength, compared to the rest, which only manages to get their flagship teams.

The clubs will have to deal with the losses at least in the current season, as the health situation will mean that the fans still cannot return to the stadiums, and in those countries where there are already fans in the stands, attendance is limited.

To this must be added the debts, a field in which Barcelona is submerged after the management of Josep María Bartomeu.