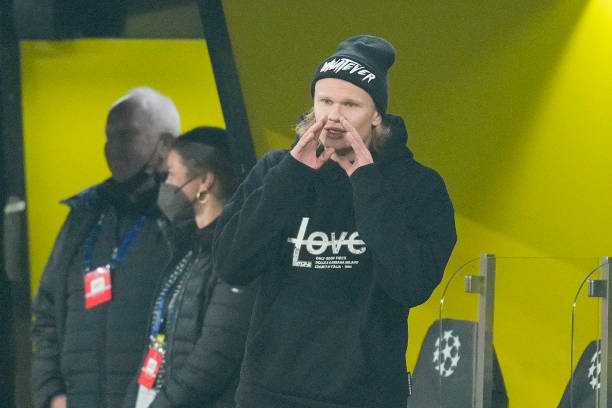 Well, it will not be easy to get Erling Haaland out of Borussia Dortmund, and the team that tries it must have a millionaire for the signing.

Erling Haaland is one of the most sought-after players on the market, his quality as a scorer is well known by the goalkeepers he has faced. He is very young, and the sky is his ceiling, but, just as he has a great future … his price also rises to the sky.

The winter market of 2021 is approaching, although the economic situation is not the best in most of the world’s clubs. So not all clubs are wealthy enough to pay Haaland with his hand on his waist.

Only some teams can afford to toss the euros in the air, but some of those teams don’t need a center forward for their team, so teams are eliminated in this fight for Haaland. But let’s go to the numbers, which is what sports directors care about.

Take out the trash because the price of Erling Haaland is not cheap, of course, if we count the cost of the transfer and the salary that has to be paid for the years that you want to hire him, in addition, Mino Raiola, his representative, is not an easy nut to crack when it comes to money.

The teams that want to add Haaland will have to have at least 350 million euros to support the signing of the Norwegian star -Barcelona, ​​it may not reach them-, but we will explain how those 350 melons are reached, according to information from AS newspaper.

How much would a club have to pay for Haaland?

Let’s go first with the signing. Haaland would not have a price as high as other players like Mbappé, for which they came to offer more than 150 million euros in the past transfer market. Norwegian is more accessible, as it could cost between 75 and 100 million euros.

His salary would be the first concern for all the clubs that want to sign Haaland and that is that the salary that the Norwegian and his representative would seek is 25 million euros net per season, at least. A fortune.

So, to close the whole operation. If we add 100 million from a possible signing of Haaland by any team and a five-year contract, the club that wants to sign him must have at least 350 million euros insured just for him, now imagine the renewal.