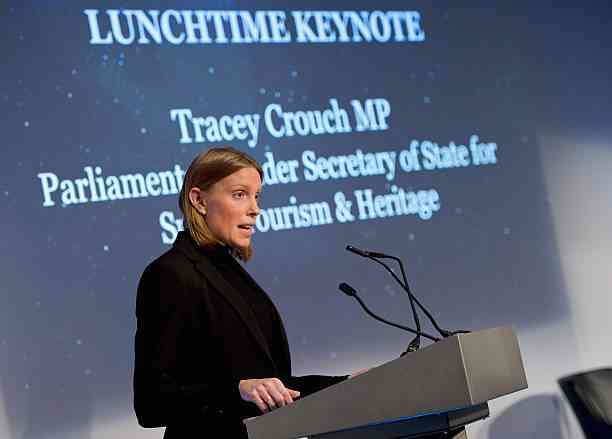 The change is today! After 36 years in which English football fans have not been able to drink beer and other alcoholic beverages in stadiums, Deputy Tracey Crouch is preparing an initiative to change this sport’s history in her country.

Fans who attend stadiums have been prohibited from consuming alcohol in stadium stands since 1986. This ban was implemented with the aim of combating hooligans’ violence and vandalism. Other sports such as rugby and cricket do allow the sale and consumption of alcoholic beverages during their events.

However, the decision made by the soccer managers did not yield the expected results. Before matches in the Premier League or other English divisions, it is common to see thousands of fans drunk and drinking as much alcohol as possible before entering the stadiums.

That’s where we meet Tracey Crouch and her plans.

Who is Tracey Crouch and why does she want to bring alcohol back to stadiums?

A member of the Parliament of the United Kingdom since 2010, Tracey Crouch was British Minister of Sports between 2015 and 2018. In addition to knowing the environment, she is a fan of Tottenham, technical director for the FA, and promoter of women’s football in the United Kingdom.

Now, hand in hand with the conservative party, it has been involved in events such as the creation of the European Super League and its creation. Unfortunately, she was also found to have breast cancer, but she overcomes the disease day by day while maintaining the job that she is so passionate about.

When it comes to alcohol in stadiums, Tracey Crouch spearheads the possibility of establishing a pilot program for fans to consume drinks in the stands, not just before, at halftime, and at the end of games.

According to information from The Times, the intention is to avoid episodes of violence such as those seen at Wembley during the European Championship. However, the priority would be for the Second Division teams down to find another source of income, as their numbers are far from those of the Premier League giants.

“Our opinion on alcohol and soccer is out of date. My take is not an altruistic view where the fans drink, it is also about allowing the clubs to support themselves. We make people drink fast at halftime; that’s the unhealthy aspect between hobbyists and alcohol. They drink a lot in a short time,” explained the deputy.

Another point that is sought through this proposal is that the fan assumes responsibility for their actions and decisions. That is, find a balance between consumption and the way to enjoy a meeting. Of course, there are still no details on how and when the program’s implementation would begin, but today it is a great possibility.

Much Ado About Nothing! This Is How Xavi Hernandez Did In His Debut As Barcelona Coach

The Possible Return of Cristiano Ronaldo To Real Madrid