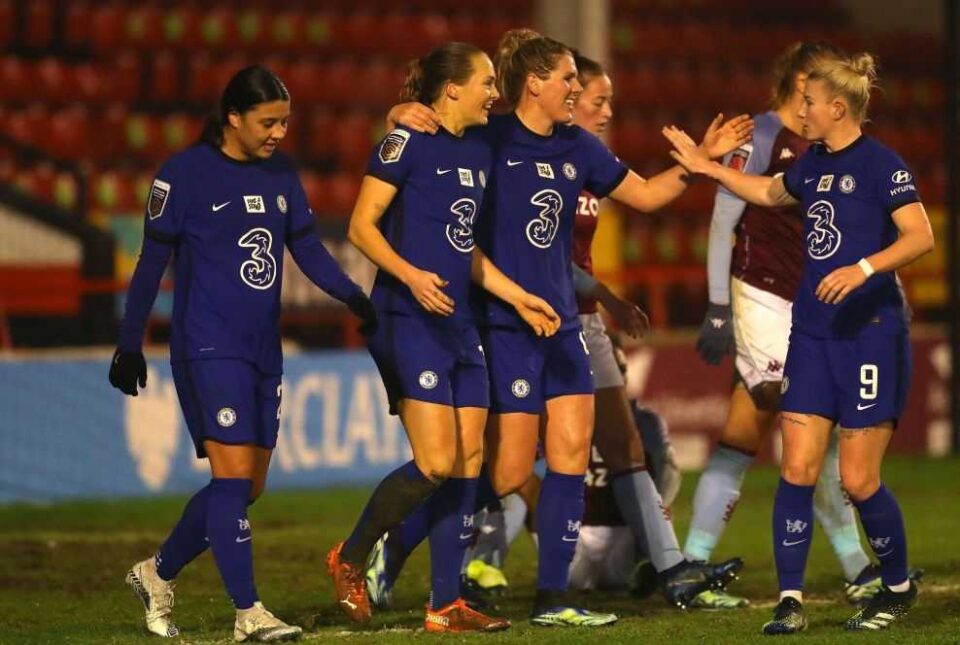 Today Chelsea is celebrating and not because of the arrival of Thomas Tuchel, but because the women’s team holds a record that few can boast in football. The women’s team broke Manchester City’s record for most games without a defeat in the English league with 31.

The 4-0 win against Aston Villa was the result they needed to end City and their record and set a new mark in England’s growing history. The team’s last defeat in the competition was against Birmingham City on January 27, 2019, exactly two years earlier.

Emma Hayes, the brand, and her team have a mark of 25 wins, and 7 draws during this streak of 1 year, 11 months, and 18 days and counting for Chelsea. The next matches are at home against Tottenham, followed by a visit to Brighton and a high-caliber match against Arsenal.

They are currently in the first position of the FA Women’s Super League with 29 points, equaled in points with Manchester United, only that Chelsea has a better goal difference, in addition to a less pending match.

With the Australian Sam Kerr, the English Fran Kirby, and the Danish Pernille Harder form an incredible team attack. This trident adds this season 20 goals of the 33 goals that the team has in the season, in addition to 9 assists of the 23 that the team registers.

The Champions a pending issue

The champion’s step that he has taken in these 2 years has not been able to reflect them in the most important tournament at club level, although he has remained close to lifting the top competition, in the 2017-18 edition of the UEFA Champions League they reached the semifinal but they faced a power like Wolfsburg, who passed them in an aggregate score of 5 goals to 1.

There Is Nothing More Difficult To Live Without You! This Is How He Went Juventus In His First Game Without Cristiano Ronaldo

What is The Super League, What Teams Make It Up And How Would It Be Played?

England And Croatia Dominate: The Goals That Defined Group D Of The European Championship