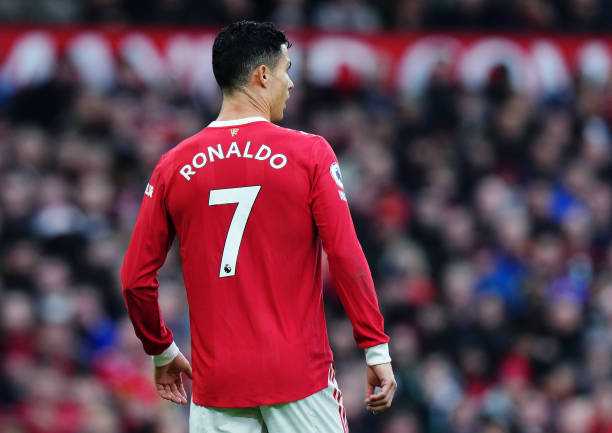 The irregular moment that Manchester United lives in would have caused Cristiano Ronaldo to question whether he really wants to continue in the team.

Cristiano Ronaldo returned to Manchester United in search of leading a new stage full of success and glory, but for now, the results are not as expected. As if that were not enough, it seems that the frustration accumulated in recent weeks would cause the Portuguese to try to leave the club as soon as possible.

After 11 days in the Premier League, the Red Devils are out of European positions and 9 points behind Chelsea’s leader. the 17 units product of 5 victories, 2 draws, and 4 defeats have the team in sixth place in the table with no possibility of going to the Europa League.

In the Champions League, the situation is very different because Manchester United and Cristiano constantly suffer despite being leaders of Group F. The point there is that Villarreal also adds 7 points and Atalanta with 5 intends to steal the next round from the English squad.

All these factors, added to the fact that the collective style of play leaves much to be desired, make the Portuguese uncomfortable. The reports in the English press assure that their stay is not safe, and CR7 does not want to settle for contesting the UEL the following year, so it would have imposed its own conditions.

“Cristiano Ronaldo did not return to Manchester United to play the Europa League. And the Red Devils, caught in the rut with Ole Gunnar Solskjær, it seems they would follow that fate with the Portugal international. So it is not entirely out of the question that he demands to leave the club at the end of the season if they are caught in the second European competition,” indicates the Daily Express.

Cristiano Ronaldo’s numbers since he returned to Manchester United

Unlike what happens collectively, Cristiano has lived a great moment since he returned to step on the pitch with Manchester United. In 12 games, he registered 9 goals and an assist, although, beyond the numbers, his presence is very important in the spirit.

An example was the match against Atalanta in the Champions League, a tournament that remains the great goal of the Portuguese. The Red Devils went down on the scoreboard twice, and the figure of CR7 appeared to tie and keep his team alive for the last two group days.

If the club wants to continue with the figure of the ‘Commander’ in its ranks, it has to improve and stay in the European positions … in the Champions League.