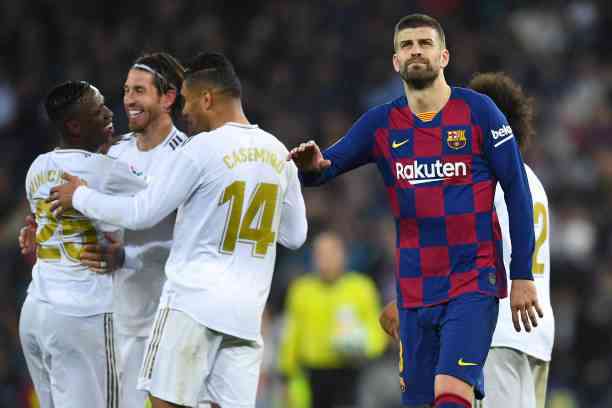 The Spanish League was practically sentenced at the beginning of 2021, when Atlético de Madrid enjoyed a comfortable advantage, however, the Colchonero team has lost gas and has deflated to such a degree that in the classic between Barcelona and Real Madrid, we could have new leader in Spain.

Atlético lost to Sevilla by the smallest difference and remained stagnant at 66 points after 29 rounds. The mattress disaster was combined with Real Madrid and Barcelona’s triumphs, ​​so that La Liga is red hot.

Real Madrid is only three points away from equaling it in the general table, after beating Eibar 2-0, although it would hardly be the leader by goal difference.

Barcelona won their commitment against Valladolid and reached 65 points, so they are just one point away from catching up with Atlético and snatching the lead on goal difference.

For matchday 30, Barcelona or Real Madrid could overcome Atlético, but not both, since they collide with each other in the Spanish classic, which will be played on April 10, on the Castilla court, as it should be remembered that the Santiago Bernabéu is under reconstruction.

The panorama of Real Madrid

If he wins the classic: Madrid would reach 66 units, and to be the new leader, they need Atlético de Madrid to lose their match against Betis . To make up for the difference of four goals with the colchoneros, the meringues must wait for results. If they win by one goal difference, Atlético must lose by three.

If he draws or loses: None of these results helps him be a leader, because in the event of a tie, he would reach 64 units, and even if Atlético loses, Real Madrid would remain two units from the top.

The panorama of Barcelona in El Clásico

If you win the classic: It would reach 68 units, so you must wait for Atlético de Madrid to lose or draw their match against Betis. Five units would take off from Real Madrid.

If it ties: It would reach 66 units, and it would depend on a defeat by Atlético. In this way, colchoneros and Catalans would tie in points, but the goal difference favors Barça.

If he loses: The result does not serve him, it would be displaced to the third place in the general table.

Tracey Crouch, The Deputy Who Would Return The Sale Of Alcohol To The Premier League Stadiums