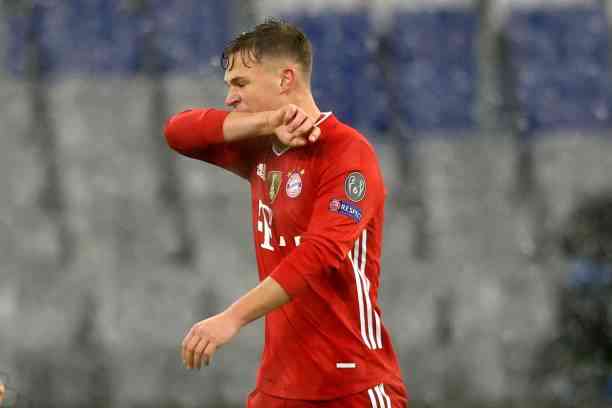 The only surviving Mexican in the Champions League is in danger heading into the semifinals, as Chelsea took advantage in the first leg with two away goals, although in reality, this series is played on neutral ground. However, the Portuguese team will have to look for a comeback this Tuesday, April 13.

The series starring the last two finalists, PSG and Bayern Munich, who offered a show with their reunion in the Champions League and gave a grab in the first match, held at the Teutonic team’s home, looks more even. The French team won 3-2 with a memorable performance by Keylor Navas.

‘Tecatito’ and Porto, against the ropes

Chelsea prevailed in the first leg by the smallest difference thanks to Mason Mount and Ben Chilwell’s goals. The away goal forces ‘Tecatito’ and company to look for goals, leaving spaces that the London team can exploit.

Those led by Sergio Conseiçao need to win 2-0 to tie the aggregate and thus would also tie in away goals, so the series would be defined in overtime and, if necessary, the penalty shoot-out.

If Porto wants to avoid this scenario, then they should think about scoring three goals, and even if they receive a goal (3-1), the overall tie would favor them by having more goals as a visitor. Chelsea is on the other side with a win and ties by any score.

Champion Bayern is in trouble

This was a great game in Munich. Both attacked each other relentlessly during the 90 minutes and gave us five goals and a 3-2 lead for PSG, so Bayern must attack in the second leg in Paris to overcome three away goals.

Bayern Munich must think about scoring at least two goals. If they win the return 1-0, they would only tie the aggregate, and PSG would qualify for the Semifinals for their three away goals. If Bayern wins 2-0, then they will have come back on an aggregate and qualify.

The 2-1 victory in the second leg does not serve Bayern, because once again PSG would qualify for their away goals despite the global tie, so if the French team scores a goal in the second leg, the Munich players should think about making three and win to at least equal PSG’s away goals. The definition of this series is going to get really good!

Much Ado About Nothing! This Is How Xavi Hernandez Did In His Debut As Barcelona Coach

Tracey Crouch, The Deputy Who Would Return The Sale Of Alcohol To The Premier League Stadiums