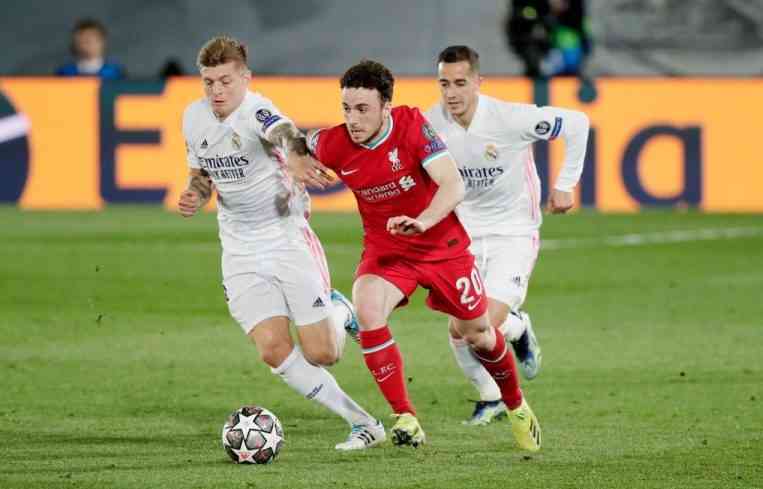 The magical nights are back! Liverpool will have to row against them if they want to beat Real Madrid and later qualify for the UEFA Champions League’s semi finals.

The meringues made it through the first part of the game with ease. Vinicius and Marco Asensio’s goals seemed to be definitive blows, but the Reds managed to react in the complement.

Mohamed Salah scored his 27th goal of the season after a series of rebounds. Although the ball got tangled in Luka Modric’s legs and favored the visitors, Diogo Jota had shot.

Vinicius himself was in charge of sentencing the scoreboard. He signed 3-1 at minute 65 and extinguished the English hopes that lurked for the tie.

And what happened to Dortmund?

The squad led by Edin Terzić had a night of bad luck and referee errors. Although the VAR helped correct the marking of a nonexistent penalty, the central judge made decisions that detracted from the Germans.

Kevin De Bruyne took advantage of the hesitations in the black-yellow defense and put the Citizens ahead. However, Marcos Reus matched the cards to excite his team 6 minutes before the final whistle, and everything collapsed with Phil Foden’s goal at 90.

The combinations that would favor the teams

For Liverpool to advance: Despite the result against, not everything looks gray for Klopp and company. The best case scenario would be for a 2-0 win at Anfield to take place, and the away goal would seal the move to the semis.

The Reds cannot draw or lose, because that would mean saying goodbye to the Champions League. In case of receiving a goal at home, they would have to score 3 times to extend the duel or 4 onwards not to play more than 90 minutes.

Real Madrid’s panorama: The advantage achieved in the idea allows the Spanish squad to advance if they win the return. It does not matter if the difference is 1, 2 or more goals, the triumph is a guarantee of the semifinals, as well as any tie.

What Borussia Dortmund needs: The German team cannot draw or lose, but the outlook is encouraging because the goal was saved away from home. This factor could be key in the duel on Wednesday, April 14.

If Dortmund wins 1-0 at home, they would advance thanks to Marco Reus’s score at Etihad; the 2-1 would extend the series by the tie in the same criterion, and the 3-2 would favor the City.

This is how Manchester City would advance: The situation looks good for the English squad. Any victory leads to the semifinals and any draw; the situation would be complicated with the aforementioned markers or a horror win against him.