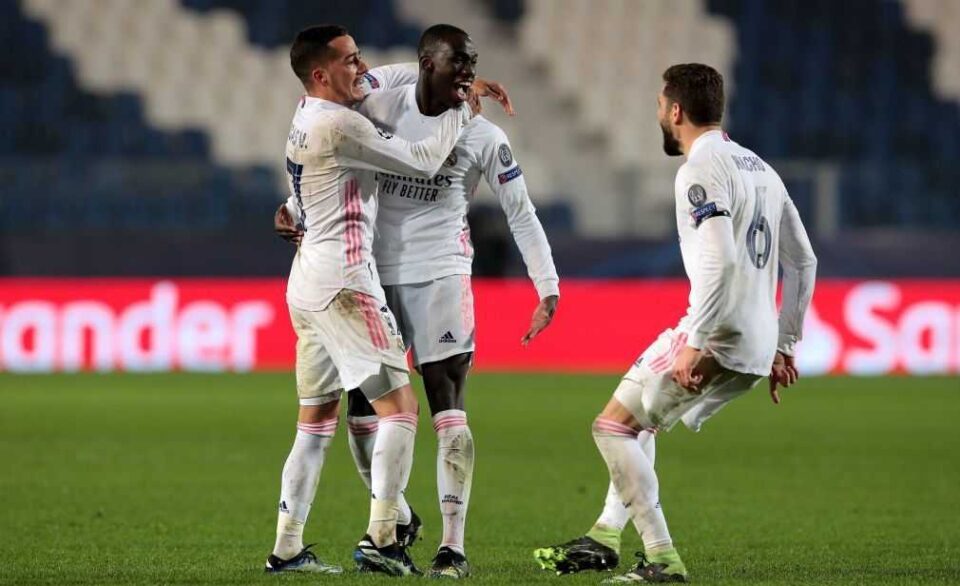 The advantage means a lot for Real Madrid, but in the Champions League, nothing is said, and here we tell you all the possible scenarios.

The first leg of the Champions League round of 16 was closed, and Real Madrid, with many casualties in its lineup, achieved the victory of Italy against Atalanta. In the other game, City maintained their excellent level and beat Monchengladbach as a visitor.

In a match without many actions, Madrid could not take advantage of having an extra man on the field until the 86th minute. After a mid-distance shot, Ferland Mendy put the final 1-0 to take the away goal and victory.

Atalanta was not the offensive machine to which we are accustomed, and with the early expulsion, it greatly limited their actions for the rest of the game. The Italian team did not have any shot on goal in the match, something that has to change for the return if they want to advance.

Pep Guardiola has his team working perfectly, and he continues to show it with dominant performances like today. Bernardo Silva and Gabriel Jesus were in charge of the goals for City and took the advantage for the return at home.

Borussia Monchengladbach simply did not compete in the Champions League elite. They were outmatched in every way. Without any chance to reverse the situation at home, they will have to work hard on the return leg to get through to the round.

What do teams need to qualify?

Real Madrid : Madrid got the victory. A victory in Spain classifies it, a goalless or 1-goal draw, too. If there is a tie at 2 goals or more on aggregate, that would leave him out of the Champions League’s quarterfinals.

Atalanta : A goal in Spain would lead to overtime, any victory or tie greater than 2 goals on the aggregate scoreboard would lead to the quarter-finals. All other scenarios eliminate him in the knockout stage.

Manchester City : The 2-0 victory not only meant an advantage, but also 2 away goals that help them manage the tie. You can lose by 1 goal difference, draw 0 or by 1 goal, or win to advance. The tie at 2 is overtime and any other marker is safe elimination.

Borussia Monchengladbach : They return to Germany with the faithful task of reversing the most complicated situation in their history. They have to win by 3 goals difference to advance, a tie at 3 goals or more on aggregate qualifies them and winning by 2 goals in England makes them go into overtime.

In Pictures: The Best Moments Of Lionel Messi’s Debut With PSG In Ligue 1