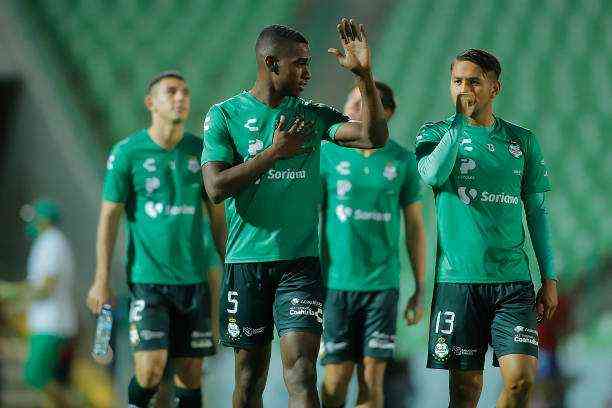 The seventh day of the 2021 Guardianes tournaments began with a victory for Atlético de San Luis over Santos Laguna, who lost undefeated.

The seventh day of the 2021 Guardianes tournaments began with a victory for Atlético de San Luis over Santos Laguna, who lost undefeated. A goal from Nico Ibáñez in the first half was enough to sentence the game, which was marked by the constant interruptions that affected the show and an alleged act of racism that tarnishes Mexican football.

At the end of the game, both players and managers of the Lagunero club accused acts of racism against the Ecuadorian player, Félix Torres, who they found emotionally affected in the dressing room.

“No to racism. Going into the dressing room and seeing a player crying over the insults received is really regrettable ”, published Alejandro Irarragorri, president of Grupo Orlegi, who owns the Lagunero club.

What happened to Felix Torres?

Santos was desperately looking for the tying goal in the spare time, when in the Atlético de San Luis bench area, an attempted fight broke out between the Santos field players and substitutes and starters of Atlético San Luis.

Among the main players involved were the Ecuadorian Félix Torres, from Santos, and the Argentine German Berterame, on the part of the Potosinos, who had been replaced from the field by Diego Pineda, at 80 minutes.

The whistler, Adonai Escobedo, expelled the lagoon player for throwing a punch, and a short time later, Pineda for actively participating in the brawl.

A push to a basketball player would have unleashed the brawl

In social networks, a video was released in which it is observed that Félix Torres is looking for a ball to resume the game as soon as possible, and when he does not find one, he goes directly to the ball player to snatch the ball and then push it.

Faced with this situation, the Atlético bench players react against the Lagunero player.

What does Liga MX say?

Mikel Arriola, president of Liga MX, regretted the racist acts and reported that the facts will be investigated before establishing a sanction in this regard.

“Given the events reported in the Atlético de San Luis and Santos Laguna match, I reiterate that any type of discrimination will not be tolerated in Liga MX. Once the investigation is concluded, the corresponding sanctions will be established to prevent the repetition of regrettable expressions ”, he published on his Twitter account.