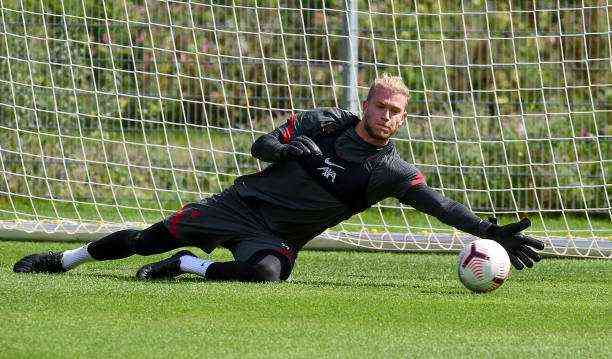 The memory of Karius in the Champions Final against Real Madrid is indelible, but the goalkeeper had to leave behind all his mistakes.

Even if he doesn’t exist, we always wonder what other possibilities life had before us. This is the case of Loris Karius, who was Liverpool’s goalkeeper and lost a Champions League Final against Real Madrid.

The night of May 26, 2018, ended in the worst way for the German: he suffered a hard blow with Sergio Ramos that destabilized him on the pitch and later, he made several mistakes that cost his team the trophy.

The goalkeeper received all kinds of criticism and even death threats, which were extended to his partner. However, football is full of revenge, just as it can throw you, later on it presents you with the opportunity to get revenge (yes, always on the field).

Days after the Final, it was revealed that Karius had suffered a concussion. Little by little, the history of that duel was left behind, and like any other, the goalkeeper had to change of scene until he got up from the big blow.

Only 3 months have passed since the Final in Kiev, when the loan of Karius was announced. Liverpool reached an agreement with Besiktas of Turkey, a club where they received 95 goals in 67 games.

He made his debut on September 2 of that same year, in a duel against Bursaspor that ended tied at 1. His performances were quite good, but as the months passed the goalkeeper faded and looked for another alternative.

In May 2020, Karius himself was in charge of announcing the end of his stage with the Turkish squad and began a new adventure in the Bundesliga, with Unión Berlin.

How is Loris Karius doing?

On September 28, 2020, he signed with the club from the German capital. It should be noted that all these negotiations have been related to Liverpool, since the contract between the team and Karius expires in the summer of 2021 .

With Union Berlin, life became complicated again for the goalkeeper. So far this season and under Urs Fischer’s technical direction, he has only recorded 5 appearances: 4 in the Bundesliga and the other in the German Cup.

His numbers are not the best because in those games he has received 4 annotations. Unfortunately, things are not looking good for the German, as Alisson Becker has more than covered the position with the Reds.

Although it would not be ideal, Karius’s story was overshadowed by what happened in the Champions League against Real Madrid. Now, his mission is still to look ahead.

Meanwhile, English and Spanish will meet again in the most important tournament in Europe. Both will fight for a place in the semifinals, looking to add one more trophy to their impressive showcases.

Arsene Wenger, The Mastermind Behind The Every Two-Year World Cup Project That Divides FIFA And UEFA