Athlete From Uganda Leaves His Delegations And…

Why Has The ATP Not Acted In…

How Much Will The Philadelphia 76ers Payroll…

Nadia Nadim And Life As A Footballer… 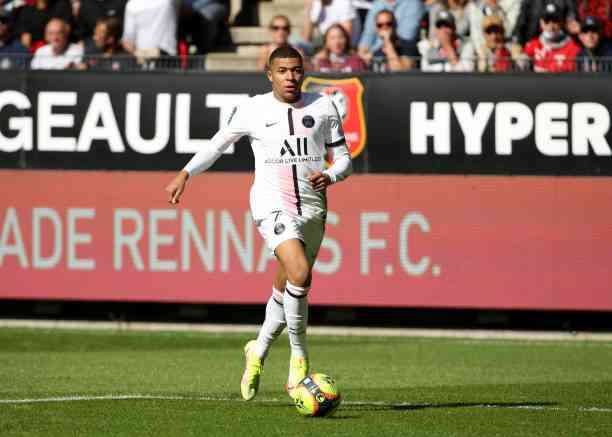 Kylian Mbappé granted an interview, and nothing was saved about his intention to leave PSG and that he continues to think about a change of scene.

One of the transfer market dramas before the 2021-2022 season was that of Mbappé and PSG, with a guest actor who was Real Madrid. Well, the departure of the French from the Parisian group was a soap opera that to date has not been completed.

Mbappé spoke about his intentions to leave the club, which have not left, and will seek his departure from the club in the next window of the transfer market. Kylian spoke with RMC Sport, in which, without saving anything, he talked about some issues that will not make PSG so happy.

Despite the fact that Real Madrid put more than 100 million euros on the table to take Kylian Mbappé, PSG and its owner, Nasser Al-Khelaifi, showed that what is leftover in the Parisian institution is money, and they said luxury to scrap those offers. Basically, they left Real Madrid insight.

The soap opera continues, and it seems that the gossip is good, because Mbappé not only spoke of his intentions to leave PSG, he also had some phrases for his president, which could leave the French attacker with the directive badly.

RMC Sport took the house out the window with this interview with Mbappé, because they got so much information from him on different topics, that by October 5, they will get more information about Messi, the National Team, and alleged arrogance issues that surround Kylian.

“I asked to leave, because from the moment I did not want to extend (the contract), I told the club that I wanted to leave. I wanted the club to have a significant compensation for my sale so that I could sign a quality replacement, “Mbappé told RMC. The forward’s intention was for PSG to get some amount of money and not lose if he went free. So considerate.

“I announced it well in advance for the club to turn around. I wanted everything to go well to reach an agreement. I told them, “if you don’t want me to go, I’ll stay, “although with his words, it seems that he will not leave any weight in PSG’s coffers when his contract ends at the end of the season.

But the soap opera gets interesting, because, during the month of August, the press mentioned that, in that month, Mbappé had requested the departure of PSG, but according to the forward, that was false, because as mentioned before, since July told the club.

“People said I turned down six or seven renewal offers. That I didn’t want to talk to Leonardo anymore, and that’s not true. It is not for me to judge, my position was clear. I wanted to leave at the end of July, and that’s what I said, “Mbappé cleared up the rumors about his future.

But before ending the interview with two days of information, Kylian Mbappé released a phrase that his president may not like: “It’s scary when your president says ‘He will never go free.’ When I heard that, I choked. I was like ‘so,what’s going to happen here?’ “. These statements by Mbappé tell us that his intention is to leave PSG, and he will not think twice.

What Did You Ask For? Cristiano Ronaldo Has Already Conditioned His Stay At Manchester United