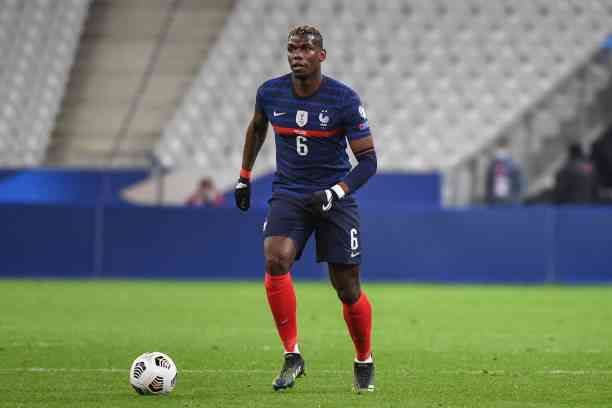 Paul Pogba will have a documentary series on Amazon, which will be called The Pigmentary and will premiere before the next World Cup.

Paul Pogba is one of the names with the most appearances on the agendas of the most important teams in the world every time a transfer market opens. Despite being one of the emblematic players of the French National Team, he has never played professionally for a French team, so in Manchester United and Juventus, he has distributed his entire career.

He is World Champion and one of the most recognized and physically notable midfielders thanks to his 1.91 meters, with which he could well play as a forward or central defender, and in full maturity, Pogba will have his documentary series on Amazon.

The Pigmentary, the Paul Pogba series

The footballer signed an agreement with the producer in France for the development of a series, which will be called The Pigmentary, and will focus on telling the life of Paul mainly off the pitch and in his early days in football.

According to complex.com, The Pigmentary will feature unpublished material and highlights images from his childhood and dialogues with friends, family, and footballers to tell the key points for Pogba to become a professional player.

Georgia Brown, director of Amazon Studios in Europe, explained that the series will focus on telling unknown aspects of the footballer, since “his influence reaches much further and is undoubtedly an icon for a whole generation.”

“Through the unprecedented access given to us, it will showcase the man behind the fame, delving into his life off the court and allowing him to tell his story in his own words,” said Brown.

When is The Pigmentary released?

So far, there is no specific date. However, it was confirmed that he will train at some point in 2022. The year has a special meaning for the world of football, since it marks the Qatar World Cup.

Therefore, it is expected that the launch strategy of the series will be carried out months before the start of the World Cup, to which France will arrive as the current champion.

Great Gesture! This Is How Cristiano Ronaldo Apologized To The Security Woman Who Was Shot In The Champions League