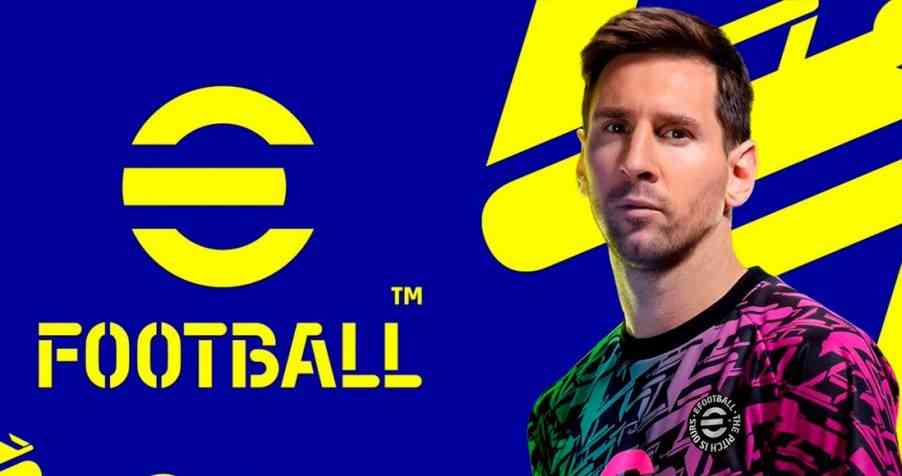 The launch of eFootball 2022 caused positive and negative comments on social networks, but here we tell you all about the video game.

In the world of sports video games, there is a war to see which is the best, on the one hand, we have EA Sports with FIFA and Konami with PES, well, it is no longer PES, it is called eFootball. Konami’s soccer installment debuted on September 30.

A renewed eFootball, reached the most important video game consoles, except for Nintendo; ‘F’ by Nintendo. So Xbox and PlayStation have available the new version of the video game, which, in addition, is totally FREE, although it has its catch.

Yes, since September 30 it is available totally free. It is only a kind of demo. You can play with some of the eFootball partner teams: River Plate, Juventus, Barcelona, ​​Arsenal, Manchester United, among others.

You can also play some games online to earn points that will help you buy more players or with higher quality, so you know, to play a lot and complete the challenges you have to build your blunderbuss, PSG style.

To be able to enjoy the other game modes, you will have to pay around 49 dollars, so, there is Konami’s little trap door to give us a taste of the game and then make us spend those urchins.

The good thing about eFootball

Although we can only play some games, which is enough to see in terms of graphics, gameplay, and other primary aspects of the video game. The subject of the graphics looks very good, the stadiums are made in detail and the atmosphere that is breathed when playing it, is of a real stadium.

Some aspects of improvements in the dead ball scenes, which in past editions simply ended with an end of the sequence and start from scratch at another point on the field, for example, in the corner kicks, in which the ball stayed close to the goal and in the next image you were about to collect the shot.

This edition of eFootball 2022 makes these sequences a little more real, since you can control a player to throw a pass to the shooter of the corner charge to surprise the opponent. The same happens with goal kicks, although it is water, this may not work out perfectly, and you end up receiving a goal against.

The bad thing about eFootball

Because not everything about eFootball has to be good, and it is that red bone fans of what was the extinct video game saga, were without expectations about what this new game could bring in the history of Konami.

In terms of graphics, one of the things that PES had done better than FIFA was capturing the faces of the players. In past editions, the truth is that the players were identical and had had a little pop in that area, which they lost with eFootball.

Some players like Messi, Cristiano Ronaldo and others, can look altered in their gestures, which the PES fans did not like at all, so they raised their voices on social networks, and Konami was left with no choice, that accept the mistake.

It should be mentioned that these errors are only present in the online games mode, because in the exhibition or game mode against the computer, the faces and all the graphics of the eFootball look perfectly and without any problem.

In a statement issued on social networks, they announced that they would listen to the community and that they were working to make the necessary improvements to the video game.

America Took The Capital Classic! This Was The J8 of The Liga Mx Femenil