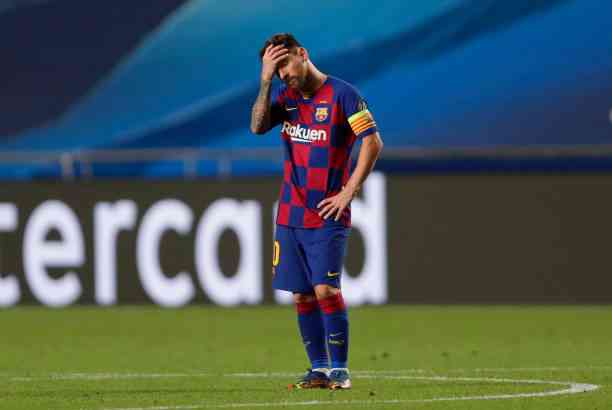 Barcelona and Lionel Messi have everything ready for the new contract, only the balance of the club with its wage bill is missing, but what is that?

Barcelona has practically everything ready with Lionel Messi to sign a new contract, which would be five years, and the Argentine is expected to sign before the end of July to integrate with the rest of the squad in pre-season. However, there must be a financial balance for this to happen, and Antoine Griezmann sounds like a bargaining chip.

The Spanish press suggests that Barcelona would be about to arrange a swap with Atletico Madrid for the French striker to return to the red-and-white club, and in return, Saul Ñíguez would move to the ranks of Barca.

This would help the Catalans level their wage bill and thereby register Messi in La Liga for the 2021-22 season.

What is the wage bill, and how does it work?

It is a rule imposed by the Spanish league to take care of the financial health of the clubs so that they do not spend more than they earn, at the same time seeking in a certain percentage a fairer competition between the clubs, in this way, the big clubs have to leave something to the boys.

Each team’s salary cap or wage bill must correspond to a maximum of 70% of the club’s income. In this way, if a team enters 100 pesos, 70 pesos go for salaries, and the rest serves as a kind of cushion for the team.

Between the pandemic and the mismanagement of Josep María Bartomeu, Barcelona not only exceeds that 70%, but is in the red. “Salaries are at 110% of income,” Joan Laporta revealed just days after serving as Barcelona president.

The measure applies to all teams in the Spanish league, so Real Madrid freed up a good space after not renewing Sergio Ramos, one of the squad players with one of the highest salaries, with 15 million euros per year.

How bad is Barcelona’s situation?

Really bad. The less money Barcelona enters, the lower the percentage that can be devoted to salaries, and this forces cuts. This helps to understand why Luis Suarez had to leave for Atletico Madrid, for example.

Barcelona had to release at least 200 million euros in salaries to sign Messi to find that balance.

Messi and Griezmann, the key pieces for balance

Barcelona acts in various fields to find that financial balance, mainly with the sale and transfers of players, even with salary reductions, as in the case of Messi.

Messi, for example, had an annual salary of 60.3 million euros. The latest reports indicate that the Argentine accepted a 50% salary cut, which means saving 30 million for the club.

Griezmann is the second player with the highest salary, with 35.8 million annually. Between Messi’s pay cut and Griezmann’s exchange, Barcelona could already save more than 65 million salaries.

But we must not forget that Barcelona has already incorporated Sergio Agüero, Memphis Depay, and Eric Garcia, who although they arrived for free, will have to take into account the part of the salaries, so that of those 65 million paid, most of them would go to salaries. “Out of every 100 million released, only 25 million enter the club,” Laporta said.

The challenge of selling players

The best way to achieve the balance between income and salaries is to sell players, since the exits free up salaries and cause income. The problem is that globally clubs have been affected by the pandemic. In the worst-case scenario, this would force certain players like Coutinho, who has the third-highest salary (24.4 million), and Pjanic (16.3 million) to be “finished off”.

So far, Barcelona has released just over 50 million with sales and assignments. The most important of them has been that of Junior Firpo, who charged 6.5 million, but also the sale of the player allowed an income of 15 million euros.

The liberations of Barcelona

Junior Firpo: I sell to Leeds for 15 million and save 6.3 million in salary

Todibo: Sold to Nice for 8.5 million euros (He was on loan to Nice)*

Matheus Fernandes: They terminated the contract and save a salary of 603 thousand euros

*Being on loan, Barcelona did not take care of his salary