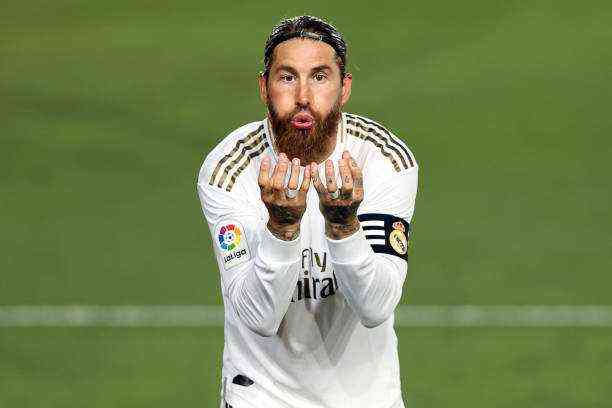 During a press conference, Sergio Ramos and Amazon Prime revealed the release dates of the 6-episode documentary series.

Sergio Ramos is not only ready to return to the field, but to the screen. Along with his recovery after the internal meniscus operation, the defender presented the second season of his documentary series with Amazon Prime Video “The legend of Sergio Ramos.”

The defender and captain of Real Madrid will be ready to face the classic against Barcelona on April 11, at the home of the meringues, who, due to the remodeling of the Santiago Bernabéu, are playing on the Madrid Castilla court.

WHEN DOES THE SERGIO RAMOS SERIES PREMIERE?

During the press conference of the presentation of “The Legend of Sergio Ramos”, it was announced that the second season would premiere in Spain, on April 9, two days before the classic against Barcelona. For the rest of the world, we will have to wait until June 18, when the 2020-21 season has already ended.

“The Legend of Sergio Ramos” has six chapters, and the first is dedicated to the classic against Barcelona, ​​a team with which Ramos has a long history, both positive and negative.

WHAT IS THE SERIES ABOUT?

Sergio Ramos’s series gives a review of the career of the merengue defender, and in addition to his experience in the classic against Barcelona, ​​it recalls the way he left Sevilla to sign with Madrid.

Another issue to take into account is his career with the Spanish National Team, with which he has won two Euro Cups and a World Cup, but he has also had to be part of a generational transition, but also the part in which Ramos, Like any other La Liga player, he had to change his lifestyle due to confinement due to the coronavirus pandemic, and “how we were able (at Real Madrid) to prepare to win the confinement league.”

WHO ARE FEATURED IN THE SERIES?

“The Legend of Sergio Ramos” has testimonies inside and outside of football, such as Jorge Valdano, Rafael Nadal, Alejandro Sanz, and Raúl González, Lucas Vázquez, Zinedine Zidane, Roberto Carlos and Sergio Busquets.