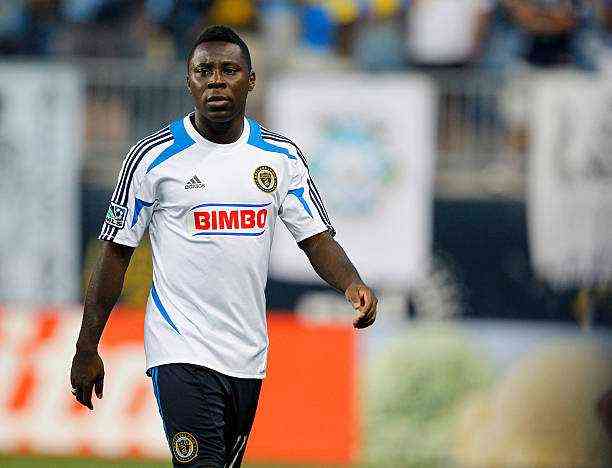 Freddy Adu was the jewel that United States soccer had produced in order to compete in the world of soccer, but as Chapulín Colorado said (only the other way around), they did not count on his not cunning. The new Pelé, as he was nicknamed, stayed only in one project.

He made his debut at the age of 14 with DC United, and everything seemed like it would go from strength to strength for him, and football in the United States was smiling because they had a great star that would position them as a power of sport and finally, monopolize the greatest sport in the world.

But not everything was honey on flakes, the talent he seemed to have faded more and more, and his career was only in that promise. He had the opportunity to go to Europe with Benfica, but it was not enough to support himself, and he went from loan to loan.

Monaco in France, Belenenses in Portugal, Aris in Greece, and Rizespor in Turkey were some of the clubs he had while at Benfica. He returned to the United States but not as a prodigal son, since after the failure he had in Europe, he only wanted to regain the level, which he once showed.

His career was already in a tailspin, and no one, not even Freddy himself, could do anything to reverse the situation, the great American project had been a sports failure. After his return with the Philadelphia Union, he was in several teams with more pain than glory.

First attempt to regain his career

The USL Championship opened the doors of his league for him, first with the Tamba Bay Rowdies (2015-2016) and 2 years later in 2018, yes, that team that Chelis led came to Las Vegas Lights. But not even with the help of the Poblano, the talent reached him to stay active.

Other? Second attempt to regain his career

In 2021 a new Freddy Adu wanted to show the world that everything that had been said about him was true, but his balloon of hope got stuck between the cables like when you send a letter to the kings. The Swedish club Österlen FF trusted in the American’s intentions to regain his form and football, but it all ended as usual.

Club Vice President Filip Lidgren mentioned Freddy Adu: “We made the decision last Saturday. We had an agreement with him that he would have a chance to show himself. But from what we have seen, it is difficult for us to see that he will be able to compete, he has a lot of football, but he lacks the physical and the mental”.

The club decided to terminate the contract it had with the footballer due to the poor physical and mental performance he has after spending 45 minutes in the last friendly against Trelleborgs. Freddy Adu is once again a free agent in soccer.