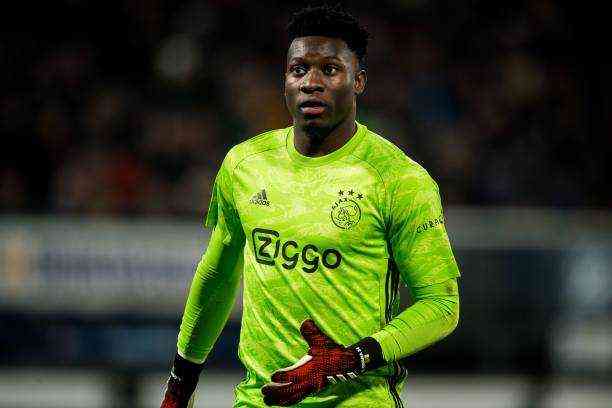 Bad news for Ajax! The UEFA Control, Ethics, and Disciplinary Committee awarded goalkeeper André Onana a heavy sanction for doping, as prohibited substances were found in his body on October 30, 2020.

Through a statement, the Dutch club announced that the Cameroonian was suspended for 1 year; Furthermore, it was explained that the situation is a mistake and they will appeal to the Court of Arbitration for Sport.

“After an out-of-competition test on October 30 last year, Furosemide was found in the goalkeeper’s urine. The suspension is effective as of today and applies to all football activities, both national and international, “said Ajax.

The Committee accepted that André Onana had no intention of breaking the rules. However, the decision was upheld because it is considered that “an athlete has an obligation to ensure that no prohibited substance enters his body.”

“Obviously, we defend a fair sport. André is a great goalkeeper, who has proven himself for Ajax over the years and is very popular with fans. We expected a conditional suspension or a much shorter one, because he did not intend to strengthen his body, “said the manager.

According to the UNAM Faculty of Medicine, Furosemide can be administered in injectable or tablet form and is prescribed together with other medications to treat high blood pressure, as well as pulmonary edema.

After knowing his sanction for doping, André Onana published his position on social networks and assured that his intention was to take an aspirin, but he took another pill owned by his partner.

“I just want to clarify that everything has been the result of human error by mistaking a drug that contained a substance prohibited by WADA, with a simple aspirin. This medicine was prescribed for my girlfriend and, by mistake, I mistook it for cold medicine, “wrote the doorman.

As if that weren’t enough, this is not the only bad news surrounding Ajax: Onana’s suspension is in addition to Sebastien Haller’s loss from the Europa League.

The forward was not registered for the continental tournament, and the reason falls into the funny thing. The team management forgot to integrate him into the final list, and his absence could weigh on the competition.

The issue is not only having forgotten the procedure, as Haller is the most expensive signing in the club’s history. He came from West Ham for 22.5 million euros, in his first 6 games he registered 2 goals and 4 assists, so he is already an important piece for coach Erik ten Hag.