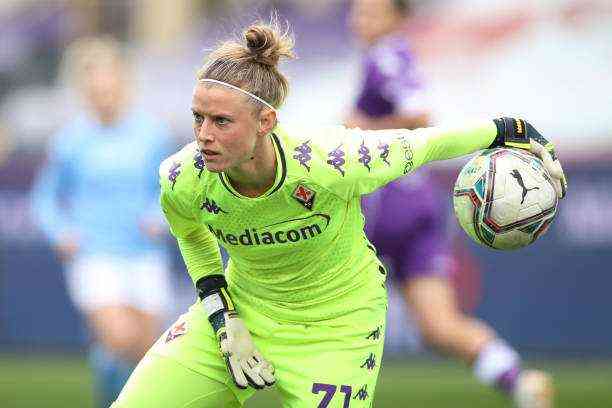 This Women’s Champions League Final is already waiting for the teams, this 2021 edition will be in Gamla Ullevi, Gothenburg, and will be played on May 16. The match will take place at the natural headquarters of the Swedish women’s team.

Barcelona for Spain, Bayern Munich and Wolfsburg for Germany, Chelsea, and Manchester City represent England, Rosengard for Sweden and finally Lyon and, surely, PSG who will be on the side of France and if Sparta qualify, they will go for Republic Czech.

To reach the quarterfinals, Wolfsburg had to beat LSK Kvinner of Norway, Barcelona crushed Fortuna Hjorring of Denmark, Rosengard beat St. Polten of Austria, Bayern Munich over Shymkent of Kazakhstan, Manchester City with a landslide victory to the Fiorentina, Lyon endorsing their title against Brondby and Chelsea in an early final advanced on Atlético Madrid.

Lyon is the current champion and top winner of the trophy and will record 5 championships in a row this season. Of the qualifying teams, apart from Lyon, only Wolfsburg has been able to lift the trophy. The English teams are looking to reach the final, as they have remained in the semifinals.

HOW IS THE DRAW FOR THE WOMEN’S CHAMPIONS LEAGUE?

For the quarter final draw, there are no restrictions, teams from the same country can already be faced in this instance. To define which team will play the first leg at home, it is based on which team was drawn first and will be away in the second leg.

WHEN ARE THE QUARTERFINALS AND THE REST OF THE TOURNAMENT PLAYED?

The quarterfinal matches will begin to be played from March 23 and 24, first leg matches. The round will be played on March 31 and April 1. The semifinals are scheduled for April 24 and 25 in the opening matches, and the closing will be on May 1 and 2.

Lionel Messi: what was the penalty imposed on him for the expulsion in the Spanish Super Cup against Athletic Bilbao