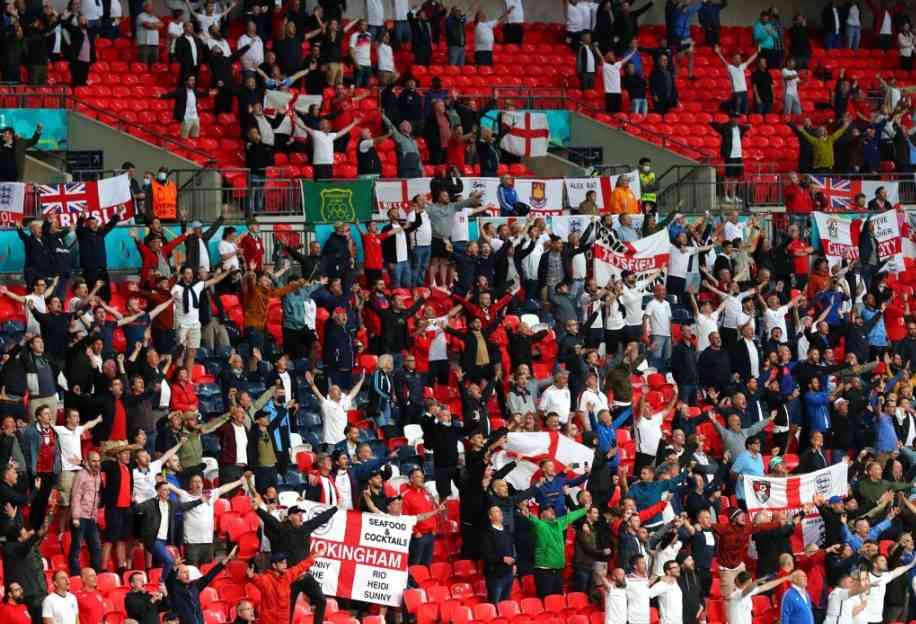 Given the little interest of young people to receive the vaccine against COVID, the government of London gives away tickets for the Final of the Eurocup.

And when they say that they vaccinate us in Mexico? While other countries battle with their plans, the British government put on the shirt of the England National Team, because even though they are not yet in the Final of the Eurocup, a raffle for tickets for the match will be carried out among those who are getting vaccinated against COVID-19.

Sadiq Aman Khan, Mayor of London, unveiled the idea that seeks to increase young people’s interest in receiving the doses. The dynamics are very simple: all those who registered to receive the first vaccine until this Tuesday, have a chance of winning.

Of course, the mission is not easy. Therefore, the government offers a double pass for the Eurocup Final to those who will soon be protected against COVID-19; in addition to 50 tickets for the fan zone located in Trafalgar Square.

And while it might seem almost unattainable, hope is the last thing to die. Beyond seeing England or Denmark in the meeting, the prices of the tickets are very high: the cheapest cost 1,634 pounds sterling each.

The chances of buying them are further reduced if we take into account that Wembley will not be at 100 percent capacity. Despite the increase in infections, the government will allow 75 percent for the Final, which is equivalent to approximately 60 thousand people.

What is the British government’s concern?

A few days ago, Sadiq Khan himself visited Stamford Bridge, the Chelsea stadium that was set up as a vaccination center. However, the British government registers a lower number of doses applied than expected.

As if that were not enough, the infections do not stop, and thousands of people criticized the decision to increase the capacity at mass events. In the last 7 days, England recorded an average of 20,832 new cases.

“This is a unique opportunity, that as many Londoners as possible take advantage of this incentive. We are confident that this will be the most successful and also the safest tournament ever held at Wembley.”

Slam The Door To Liverpool! Germany Closes Its Doors Due To Covid-19 And Champions Duel Seeks Headquarters

Is it Possible? Jurgen Klopp And Liverpool Plan Not To Loan Players For World Cup Qualifiers