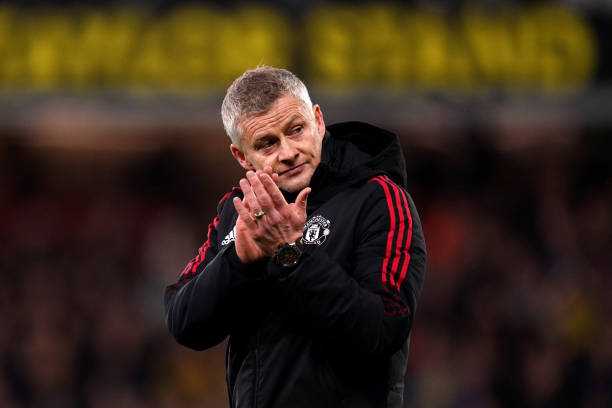 Ole Gunnar Solskjaer would have the hours counted at the head of Manchester United, which descends every week in the Premier table.

It is difficult for one of the greatest teams in soccer history to have a week full of pressure and criticism, but when it happens, the foundations shake. That is the present of Manchester United and especially Ole Gunnar Solskjær.

The situation in Manchester is not the best, but not only because of the defeat against Watford 4-1 in the Premier League. The ‘Red Devils’ do not walk in the English league, in which they have only won one of their last seven games.

Although they have seen victories in the Champions League, we cannot speak that Ole Gunnar Solskjaer’s team has performed well, because the last two victories against Villarreal and Atalanta came in the last minutes of the match and after tracing the score.

Not even the Cristiano Ronaldo factor has helped Manchester United out of the football slump they are in, and with the pressure and giving a good game and results, they have the need to win titles, something that the team has not done in recent years.

Template has. Great players in each of the lines and, if that were not enough, Cristiano Ronaldo, but something has been lacking for this Manchester United to make that leap in quality and between the fact that they are pears and they are apples, the fault lies with Ole Gunnar Solskjaer, DT of the club.

According to The Sun newspaper, Manchester United’s management is already thinking of removing the Norwegian legend from his position and ushering in a new era with a manager capable of meeting the club’s needs, both in the future and to get out of the pothole.

Zinedine Zidane one of the names for Manchester United

His last stage as a coach in a soccer team was with Real Madrid, and the credentials to lead a great man like Manchester United are plenty. He is the only strategist who can boast of having three consecutive Champions Leagues in his showcase.

In addition, a change of discourse to that of Ole Gunnar Solskjaer would be ideal for the team because he knows Varane and Cristiano Ronaldo perfectly, but he also knows how to handle the changing rooms and the players, something that the ‘ Red Devils.’

He is one of the rising stars in the technical direction of Europe, but not this season, as Ajax has had a couple of seasons at the highest level and the culprit of all this is Erik ten Hag. His way of leading the Netherlands as a whole has been very popular at the top of Manchester United’s organization chart.

The only difficulty for Erik ten Hag to be able to take over the technical direction of ManUtd, is that Ajax let him out, as he has a good step in the Champions League and in the league, not to mention it. So you don’t want to cut through such an ambitious sports project.

He is the current coach of Leicester City, who has been there in the Premier League, while in European competitions it does not go bad at all. With the ‘Foxes’ he has a project that paints for good things and with a long stretch to go in the league, he could get back to European positions.

Like Erik ten Hag, the only one he has against is the current contract that binds him to Leicester City, but the board has him among their candidates because they are not unaware of the Premier League, he is also an old sea dog who could help ManUtd to mend the situation.

At PSG they have not been very happy with the Argentine, despite the fact that he has the French team at the top of the general table in Ligue 1, and has long been among the options of the Old Trafford team.

However, in this and in the two previous cases, United would have to pay the termination clause to the respective teams, which would imply a major expense at this time, as it would also have to pay the settlement of Ole Gunnar Solskjær, this means extra points for Zidane.