Goodbye To The Pink Panthers! This is…

What is ‘The Legend of Sergio Ramos’… 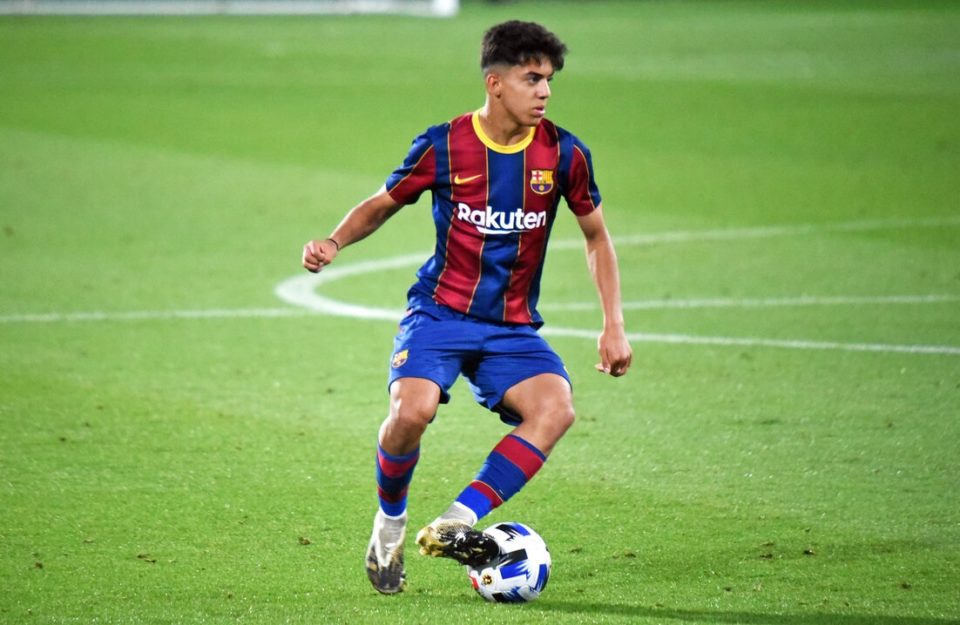 One of Xavi’s first surprises in Barcelona is the debut of Ilias Akhomach, one of the quarry jewels that contributes to the culé offensive.

One of the great surprises in the first call and line-up of Xavi Hernández in Barcelona was the inclusion of Ilias Akhomach. At only 17 years old, he is one of the great promises of La Masía and the intention of the new culé technical director is to polish it to turn it into a jewel.

He is the fourth footballer with Moroccan descent to make his debut with the Blaugrana squad and is Catalan; however, he also has dual citizenship. Tuesday, November 16 was the big news in training after a great game at the weekend.

Ilias Akhomach scored a double when facing Sevilla Atlético of the subsidiary, with Xavi in ​​the stands of Johan Cruyff. What was already a squad full of young people in Barcelona’s first team, took another step forward with the incorporation of this element that attracts a lot of attention.

How does Ilias Akhomach play and what does he bring to Barcelona?

Ilias Akhomach was close to Barcelona’s first team for a few months. Ronald Koeman called him during the preseason to join the training, but he caught COVID-19 and his opportunity had to wait. Even so, he remained firm at Barça B to fight for a place.

In Spain, they describe him as a very versatile left-winger. Beyond his dribbling skills, he can also move to the right-wing and on more than one occasion he has been named “The Next Messi. “For some time now, he adjusted better to that right side and handled both profiles with ease.

Óscar Hernández, Xavi’s brother and assistant described Ilias Akhomach as one of the great wonders in the culé quarry: “He is a winger who goes away, who has one against one, he tries to give amplitude.And because of our game model we need that. He deserves the opportunity,” he explained on Barça TV.

The intention in the derby vs Espanyol is for Akhomach to take a completely leading role in the attack. The youth accompanied Memphis Depay from the starting XI, something that surprised both fans and the Spanish press. Luuk de Jong and Coutinho remained on the bench, who have not been able to consolidate themselves in the line-up even with other technicians.

The race that begins this Saturday, November 20 at Camp Nou promises to bear great fruit, and that is that Ilias Akhomach has already shared the field with other players such as Gavi. In the midst of the crisis and in a somewhat forced way, the new generation of Barcelona takes the most important positions.