The Canelo VS Saunders Placed 20 Thousand…

Buccaneers Retain All of Their Super Bowl…

Rikako Ikee, The Swimmer Who Qualified For… 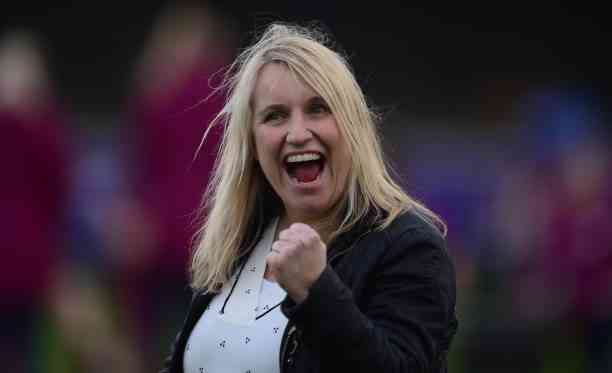 Considered one of the most complete DTs in the world, Emma Hayes is going for her first Champions League title with the Chelsea women’s team.

Chelsea’s women’s team promises to become one of the European powerhouses at club level. From the hand of technical director Emma Hayes, she will play her first Champions League final and aims to win more titles, since with her, they already have 8.

Her experience on the bench, and in other positions in soccer institutions, make her one of the most complete coaches in the world.

In addition, she is the first technical director to play the Champions League final since 2009. In recent years, the squads competing for the title were led by men, so this could represent a watershed for future generations.

A few weeks ago, the video of a game went viral in which the instructions of the strategist to her players are appreciated: Sam Kerr, Erin Cuthbert, and Pernille Harder are some of the players that Hayes orders them to pressure, maintain certain formations and mark rivals in a certain way.

For many, this is still a surprise because they do not conceive the idea that a woman can direct as “normally” would a man. However, all those myths are left behind with figures like Emma Hayes.

The beginnings of Emma Hayes

In 2001 she became the youngest coach in the W-League (Australian First Division) and managed the Island Lady Riders until 2003. She then took the reins of the team from Iona College, a university located in New Rochelle, New York, with the one that received distinctions like Trainer of the Year.

When she returned to England in 2006, she joined Arsenal as a technical assistant and academy director. In 2 years of management, she won 11 titles, including 3 in the League, 3 in the FA Cup, and a Champions League; at the same time, it promoted the development of young players.

In 2008, she returned to the United States and remained in administrative roles: although she started as a coach, she became director of operations, which led the Chicago Red Stars to sustain one of the strongest, most sustainable, and professional projects in women’s soccer of North America.

Before returning to the UK, she also served as an analyst for Washington Freedom and a strategist for the New York Flash, an adventure that ended in 2011. Finally, her big break appeared in August 2012, when he replaced Matt Beard on the Chelsea bench.

As she embodied her style and philosophy, Emma Hayes caused the project to grow by leaps and bounds, so she was showered with recognitions: in 2016, she received the title of Member of the Order of the British Empire (MBE), by Queen Elizabeth.

Almost 10 years after taking on the project, the strategist is an icon of the club. Her legacy consists of 5 Women’s Super League titles, 2 FA Cup titles, and a Spring Series, but she could increase with another League and the club’s first Women’s Champions League in the coming weeks.