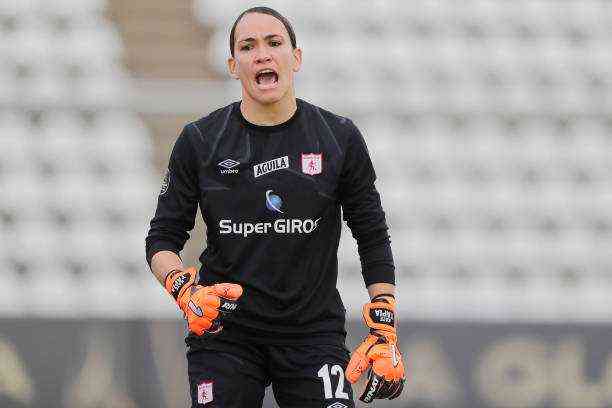 The Final of the Copa Libertadores is coming! Ferroviaria from Brazil and América de Cali from Colombia will face each other on Sunday, March 21, and on the side of the scarlets will be Katherine Tapia, heroine in the semifinals.

It is the goalkeeper who led the classification to the final match. The series against Corinthians was extended to penalties, and there the 28-year-old goalkeeper appeared to steal the spotlight.

After regular time, the score was tied at one. However, from 11 steps, the balance leaned towards América de Cali with two saves from Tapia, which was the last charge.

The images of the celebration of the Diablas went around the world. Their classification to the Final is historic. Last year, they stayed in the semifinals and left the favorites on the road; Corinthians thrashed in almost all of their matches and even went 16-0 in the group stage.

Katherine Tapia stood out for her performance, but also for her story. The goalkeeper boasts experiences beyond the field, but always linked to football.

Who is Katherine Tapia? 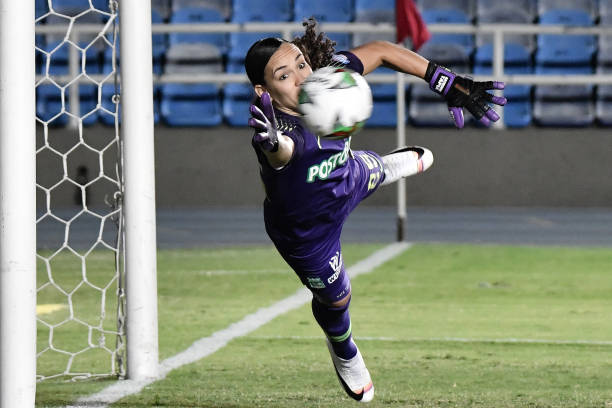 She was born on December 7, 1992 in Santa Cruz de Lorica, Colombia. Her passion for soccer runs in the family, although her father is a Junior fan, and she supports Atlético Nacional.

Her first approaches as a player came when she was 8 years old. He was a central defender, and when she grew up, he decided to approach the Colombian police; from then on, he combined his two passions.

Katherine Tapia joined the Mobile Anti-Riot Squad (Esmad), which participates in various sporting events. At first, he received support to cover his work shifts without neglecting football, either on the field or in the stands.

As a loyal fan of Atlético Nacional, the goalkeeper enlisted to attend the League Final between Verdolagas and Tolima in 2018. The men’s team is an important part of her life, but her then bosses summoned her to work hours before and did not yield.

In addition to missing the match, Tapia received punishment: his club lost the title, and at the end of the event, he was assigned to escort the Tolima fans as they left the Atanasio Girardot stadium.

“Many times I escorted the players on the Atlético Nacional bus, and I thought that one day I might be the one to escort them. I said that to my colleagues in the Police, and they did not believe me, until I had the opportunity to debut, and they were the first to congratulate me, “the goalkeeper revealed.

After 5 years at Esmad, Katherine Tapia decided to go out and dedicate herself fully to football. As leaders changed, conditions also changed and flexibility in playing schedules ended.

Finally, she had the opportunity to debut and be a figure in her love team in 2018. And not only that, in October 2020, she became the first goalkeeper in Colombian soccer to score a goal.