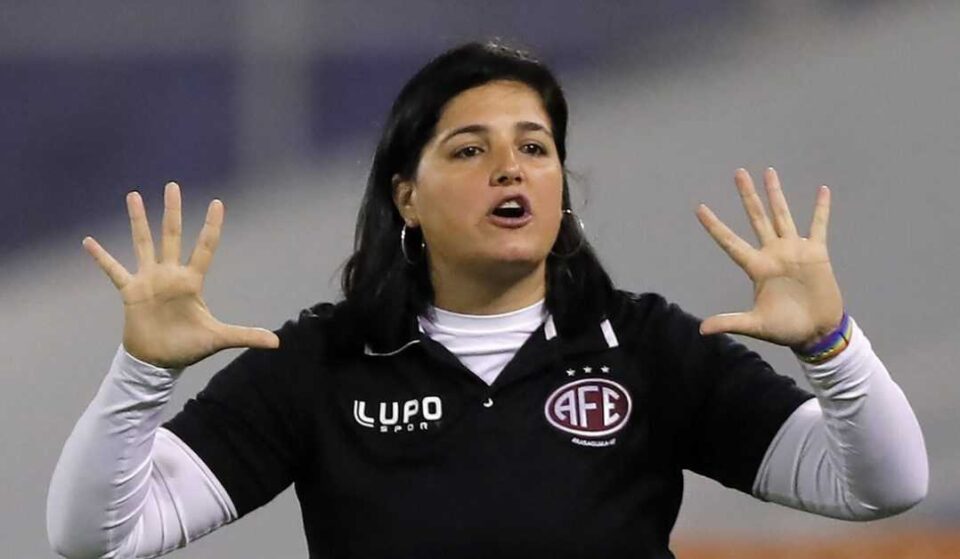 Historic in Brazil and South America! The title of the Ferroviária of Araraquara in the Copa Libertadores represents much more than a trophy. Lindsay Camila became the first technical director to win this tournament, and she has a long way to go.

The Brazilian squad beat América de Cali in the Final. However, the project is very young, since the strategist came to the bench in January 2021 and had never directed in Libertadores.

Little by little, the competition is gaining ground within Conmebol itself. It seems like a joke, but the reality is that the final match did not have a television transmission, it could only be seen through Facebook, and the numbers were surprising: more than 101 thousand spectators connected during the 90 minutes.

For reasons like this, Lindsay Camila stressed that opportunities are growing little by little. In addition, he emphasized that the players already presume that their referents on the court are men and women.

“Before, they used to get referrals from men. Today, these girls have the opportunity to get them in women. They want to dribble like Aline Milene, steal the ball like Nicole or defend like Luciane, “said the now champion DT.

Who is Lindsay Camila?

He was born on July 27, 1982 in Campinas, Sao Paulo. She is the only woman who directs in the First Division of Brazilian soccer, and although she now works at the club level, she acquired much of her experience with minor categories of the national team.

She was part of the U17 women’s team’s coaching staff, headed by DT Simone. In addition, Lindsay Camila claims to have A License to direct from UEFA.

For this reason, he spent a good time studying in Europe, together with the most important figures in international football. Later, he joined Ferroviária as a technical assistant for Tatiele Silveira.

Before the departure of her predecessor in the middle of the COVID-19 pandemic, the club’s board saw in Camila a great opportunity to fight each tournament in which she participates.

Even the Ferroviária team sees in Lindsay Camila much more than a boss or a technical director. The defender, Ana Alice, speaks of her as a friend who listens, supports, and encourages them to grow every day.

“She is our friend, as well as our coach. We listen to her and she listens to us, daily dialogue is important. She vibrates with us, gives us strength. Camila is always encouraging us, that is her style and it, is very beautiful,“added the defender.