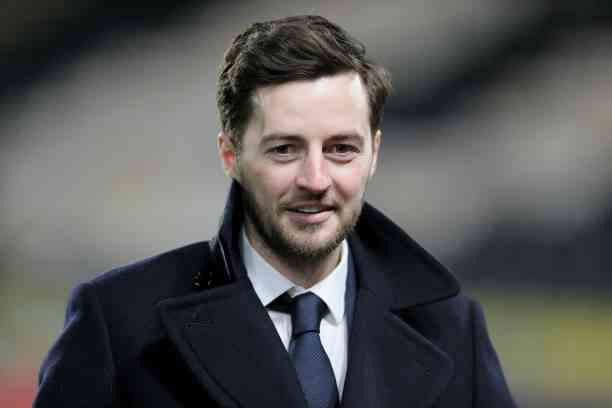 Ryan Mason is the youngest coach in the history of the Premier League with Tottenham, the team of his loves and of which he is now a manager.

Life is a wheel of fortune, we have heard this phrase for a long time, and the metaphor is absolutely right, because in some moments you are at the bottom and others at the top, Ryan Mason, the now DT of Tottenham, because he stayed in the place that Mourinho left.

At 29 years old, he is at the top of football because although Tottenham is not living his best moment, Spurs have the potential, quality, and players to become one of the world’s powers and are not far after from the Pochettino and Mou stages.

But Ryan Mason’s life has had ups and downs, the same as a wheel of fortune, because not long ago, he was playing in Tottenham’s midfield under the orders of Mauricio Pochettino and with Harry Kane, Dele Alli, his now managed.

A premature retirement from soccer due to an injury, similar to that of Raúl Jiménez, although not as fortunate as the Mexican, forced him to retire from the courts in 2018 and start what seems like a successful career on the bench.

Ryan Mason has led a whole life at Tottenham, because from the age of 8 he joined the Spurs academy with the dream of getting to play in the first team, which he would achieve in 2008 when he entered a game as an exchange of the Europa League against the NEC of the Netherlands.

After a short stint in the Tottenham first team, opportunities came in other teams, and Spurs loaned their player repeatedly so that he would begin to have the rhythm that he could not have with the team that owns his card. Yeovil Town, Doncaster Rovers, Millwall, Lorient and Swindon Town were some of his destinations on these assignments.

In 2016, Tottenham completely got rid of the player and sold him to Hull City, a team in which he was a transfer record and in which he would also experience one of the most difficult chapters in his life as a professional. A head butt with Gary Cahill in a game against Chelsea changed everything.

Immediately after the blow, Ryan Mason underwent surgery, but the doctors and neurologists he visited in his recovery recommended that he not play soccer again and unfortunately, announced his retirement at the age of 26.

A new path in football began for Ryan Mason, an opportunity to join Tottenham’s affiliate teams arose, and he did not hesitate to step forward. On August 13, 2020, a change in the youth leadership at the club gave him the opportunity to get even closer to the first team.

He ceased to be the coach of the U19 team, a position he initially held when he joined the Tottenham staff and became the manager of the U17 and U20 categories. One more step for Ryan Mason on the ladder of the Spurs organization chart.

Youngest coach in the Premier League

This makes him the youngest coach to lead a Premier League match, as at 29, he has a long distance from his closest pursuer, Crystal Palace’s Attilio Lombardo, who did so at the age of 32 in 1998.

Don’t Spit At The Sky! Leeds United Fans Insulted Daniel James, Then He Arrived As A Signing

What Are the Qualifying Teams And How Is The UEFA Play-Off Heading To Qatar 2022 Played?