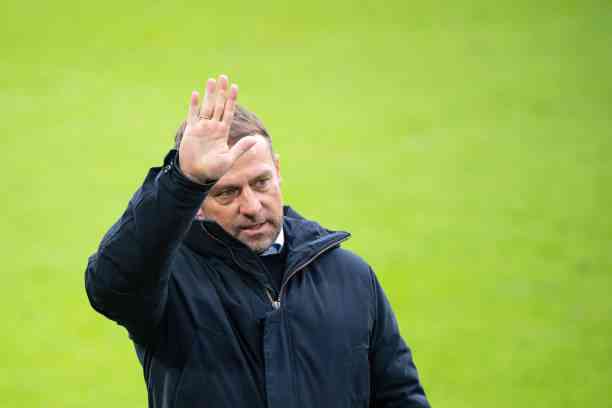 The romantic era of Hans-Dieter-Flick will end at the end of the current season, and Bayern Munich already knows who they will bet on as DT.

The rumors sounded, and now they are reality. At the end of the current season, Hans-Dieter Flick will leave the bench of Bayern Munich. He led the sextete after winning the Bundesliga, Pokal, German Super, Champions League, European Super Cup, and the Club World Cup.

The strategist had spoken out against the departure of some players, such as Thiago Alcántara, now at Liverpool. However, his departure would not be linked to that aspect, but to his future as Joachim Low’s successor in the German National Team.

After the 3-2 win over Wolfsburg, the strategist confirmed that he would terminate his contract, which had two more years. “For me, it was important for the team to find out for me. I already told those responsible after our elimination in the Champions League during the week. It was not an easy decision for me,” he told Sky Sports.

If nothing extraordinary happens, Hansi Flick will leave Bayern with the Bundesliga title, a tournament that the Bavarian team has won eight consecutive times. In the current tournament, he has a seven-point lead over his closest pursuer, Leipzig.

An extraordinary love story for Bayern

Dieter Flick came to the Bayern Munich bench as an interim strategy after the dismissal of Croatian Niko Kovac in November 2019 and was ratified weeks later after the good results, which culminated that same season with the sextete, a feat that he had only achieved the Barcelona.

“I am a fan of this club. Gerd Müller, Paul Breitner and Karl-Heinz Rummenigge were my childhood idols. I am grateful to the club for the opportunity it has given me to become a coach. It is clear that the National Team is an option that every coach must consider”, indicated the helmsman, who would take command of the National Team after the European Championship.

Who will reach the Bavarian bench?

Just as the future of Hansi Flick is aimed at the German National Team, Bayern Munich would seek the signing of Julian Nagelsmann, the 33-year -old young strategist who currently manages Leipzig.

Nagelsmann debuted as a Bundesliga strategist at the age of 29 with Hoffenheim and since 2019 has been the helmsman of the only team that has bothered Bayern Munich in German football, which is expected to be a complex negotiation.