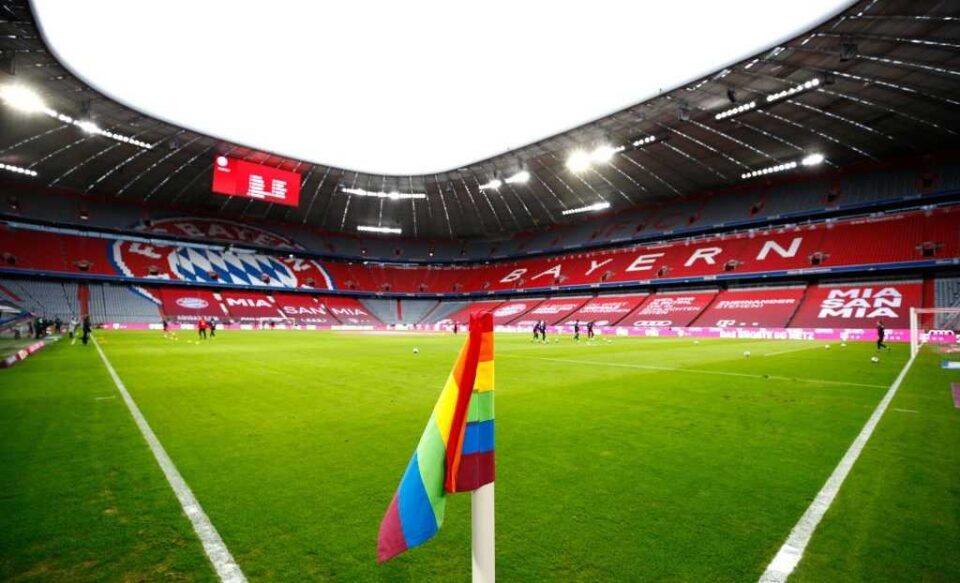 If you are very observant and noticed the detail of the rainbow flags in the Allianz Arena, we explain why they appeared during the duel.

Raise your hands, observers! If you paid close attention during the Bundesliga game between Bayern Munich and Hoffenheim, you probably noticed that rainbow flags were placed in different Allianz Arena places.

And not only in the building, because Manuel Neuer’s captain’s badge had the same colors; If you did not find out why and you were curious to know it, we will tell you in detail. By the way, Bayern won 4-1 and remained the leader of the competition.

Rainbow flags even beyond the Allianz Arena

A couple of days ago, Bayern Munich published a statement in which it was explained that they would participate in an important campaign. The Day of Remembrance at the German Football is commemorated every 27 January, and the focus of this year to say “Never again!” it is love between people of the same sex.

Thus, the Allianz Arena sported the rainbow flags on the outside and on its grandstands, corner kick flags, and other strategic points of the stadium.

However, the athletes who are part of the club also joined this cause. It is not only about soccer squads, but also about other disciplines such as basketball and age limits.

“FC Bayern, its first team, its lower categories, its women’s football team, and its basketball team, want to raise awareness in our society by promoting greater tolerance this weekend and, as a whole, set an example against the discrimination, “explained the club.

Additionally, rainbow flags were used on all captain’s badges. From Manuel Neuer and Lina Magull, all the leaders boasted the same badge.

Karl-Heinz Rummenigge, Bayern CEO, stressed the importance of tolerance in football and life in general. In fact, it is not the first time that the rainbow flags appear in their stadium, they were also placed in mid-2019.

“In this world, homophobia, hatred, and exclusion of any kind should play no role. The football family wants to point out once again that tolerance in all its forms should be something natural in our society, “said the manager.