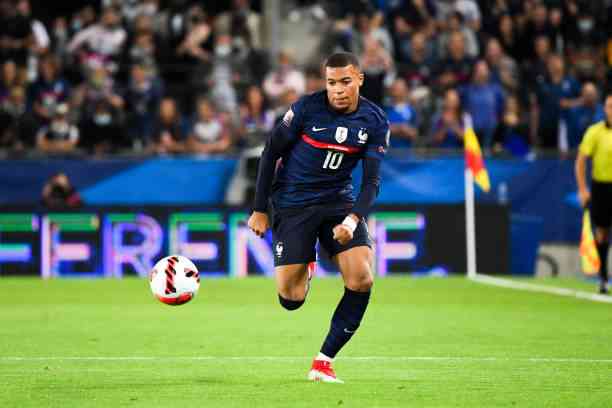 Kylian Mbappe lived the last hours of the transfer market in the concentration of the French team. The caution regarding his future, at least publicly, has been one of the things that has attracted the most attention. The Frenchman has shown enormous professionalism, dedicating himself to turning a deaf ear to the information that flew from Madrid and Paris. All for one reason: the fear of reprisals from the PSG fans.

The player maintained his refusal to renew, which led Real Madrid to launch his signing, offering 200 million euros to take over his services. The Qatari leadership maintained its refusal up to three times without clearly answering the Madridistas. Even so, and despite his desire to leave the French capital this summer, Mbappe did not make any statement to force his departure.

Mbappe did not speak clearly, although he did share a publication on his social networks in which he was more than clear. An image of him read “reschedule your dreams for a little while.” Something that erased instantly. The player, faced with the repeated refusal of PSG to sell him, did not want to make a major wink to Madrid, beyond the conversation he had with the gala dome announcing that he did not want to renew and that he wanted to head to the Bernabeu.

Although the player has taken his future with the utmost discretion and respect towards his club, in what has been considered an example of professionalism on his part, he has already suffered reprisals from his fans. During his presentation at the Parc des Princes, the day on which the new stars of the club, such as Ramos or Messi, were shown, the Frenchman suffered a tremendous whistle.

When he came out on the pitch, in the preview of the league premiere of the Parisians against Strasbourg, he was received with boos by those present in the stadium stands. All this, when he had rejected the renewal, the operation of his frustrated signing by Real Madrid was not in full swing. If he had already lived through hell then, what could await the player if he had spoken out about his desire to sign for the Whites this summer.

His dangerousness is undoubtedly a reason to keep quiet in the face of PSG’s refusal to fulfill his promise. The club had promised that when the whites came for him, they would listen to him, something that has not happened. Now, to exert more pressure on the footballer, Mbappe will have to suffer the irritating ultras of the capital as a whole and that he has not had any exit from tone to force his sale.

One of the most dangerous in Europe

If there is something that tarnishes French football, it is the ultra groups of its teams. Over the years, there have been embarrassing episodes, many of them quite recent. On the first day of this season, when the Nice team jumped onto the pitch to attack the Olympique de Marseille players. In the 2016 Eurocup held in France, there were also incidents where they faced the English hooligans on the road service roads or two seasons ago, when the Marseille team entered the team’s facilities to face the squad, players, and management.

Although those of PSG have not starred in violent episodes recently, they are also dangerous, as could already be seen in the last visit to Madrid in the Champions League. These are neo-Nazi and far-left groups that have staged ideological confrontations with each other. Despite the French government coming to draw up a decree for its dissolution, equally violent splits continued to proliferate, causing one death in 2010.

Then, before the arrival of Qatar to the shareholders of the club, it forced the president of the club to veto its entry into the Park of the Princes. The measures were kept under the command of Nasser Al-Khelaifi but until 2017. The strong pressure they exerted on players and coaching staff led the board to lift the veto and allow them to enter again, although as a unified group called CUP ( Collectif Ultras Paris).

Slam The Door To Liverpool! Germany Closes Its Doors Due To Covid-19 And Champions Duel Seeks Headquarters