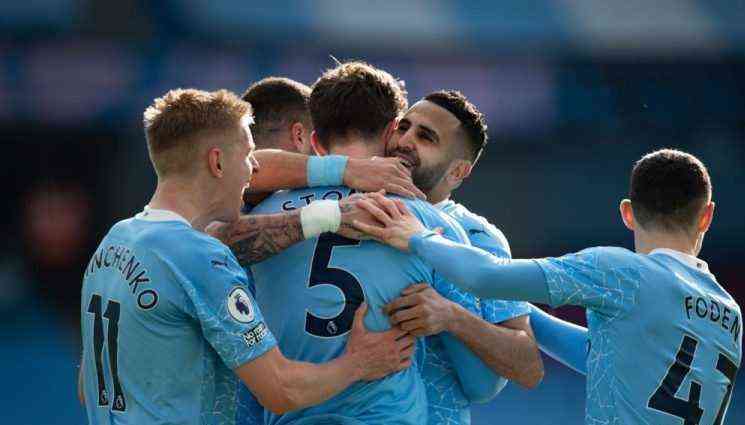 How long will the hot streak last? Manchester City defeated West Ham and reached 20 consecutive victories in all competitions.

Unstoppable! Manchester City won 2-1 at the West Ham in Round 26 of the Premier League, and this meant much more than just 3 points to stay atop of the standings.

Rúben Dias and John Stones scored in one of the most significant games of the season. In addition, except for what happens in the remainder of the weekend, the squad already has a 13-point advantage in the table.

For starters, the Citizens reached 20 consecutive victories. Those led by Josep Guardiola have not lost since November 21, 2020, but not all of these results are triumphs.

On December 15, Manchester City drew one goal against Albion and have since boasted a winning streak worthy of envy. Arsenal, Chelsea, Manchester United, and Borussia Mönchengladbach are some of its victims.

This stage has not only been reflected in the Premier League. The team also participates in the Champions League, FA Cup, and Capital One Cup , tournaments in which it is emerging to be a champion.

The seasoned manager continues to make his mark on football. Spain, Germany, and now England are witnesses of their capabilities, and they enjoy teams that break records.

The victory against West Ham is the 500th in Josep Guardiola’s career, it is also the 200th with Manchester City. In total, the strategist has directed 273 games with the English team.

Barcelona opened a way into elite football Guardiola. On the bench, Blaugrana registered 179 wins in 247 games, which is equivalent to a 72 percent effectiveness; This number is close to the one he boasts with City (73 percent).

As if that were not enough, Pep’s Manchester City has already surpassed by far the best winning streak of an English team. The Arsenal of the 1987 season and the Preston of 1981-82, registered 14 consecutive victories in any competition, something very far from the 20 and counting.

“Winning 20 games in a row in this period, I think it could be our greatest achievement. It does not mean that we are going to win the title, of course, but the winter in England is very hard, playing every three days, with the COVID-19 situation, injuries … and we win, we win, and we win. We have a strong mentality, “declared the coach in his post-match conference.