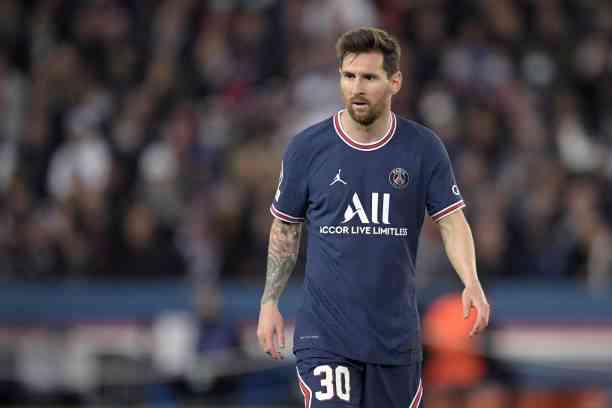 PSG is the fashionable team in the world, something that a few decades ago it was impossible to think in a city that “hated” football.

Before the match between Olympique de Marseille and Galatasaray, in the Europa League, fans of both teams met and chanted against PSG, the new super team that overshadowed the change of baton from the Olympic Games from Tokyo 2020 to Paris 2024 after the signing of Argentine Lionel Messi.

The team from the French capital had already armed themselves with the Italian goalkeeper Gianluigi Donnarumma and Sergio Ramos, in addition to Neymar, Kylian Mbappé, and Mauro Icardi, which not only fell badly at Barcelona, ​​unable to maintain his figure but in the rest of France, because PSG is the most hated team.

According to Libero Magazine, a survey was conducted to determine which team was the most hated and PSG won that survey with 25.9% of the votes, double that of its closest pursuer, Marseille.

Why is PSG the most hated team in France?

There are several reasons, and not all of them have to do with what happens on the pitch or during transfer markets, and here we go over some of those points.

Paris was not a football city

The French capital is also considered one of the capitals of art, and for a long time, it resisted soccer despite several attempts, so that soccer became the sport of migrants.

To date, the triumphs of the National Team of Algeria and Portugal, the countries with the most residents, are celebrated with euphoria in Paris, so that football was rejected for a long time by the French in Paris, who preferred rugby.

Until before the PSG boom, the cities with the most passion for football were in the south of France, especially in the cities bordering Italy, such as Lyon.

PSG is not the original Paris team

PSG was not the first team in town. That record corresponds to the Red Star, which currently plays in the Third Division. There were players like Helenio Herrera in that team, who later would become the greatest exponent of Catenaccio. In 1911, the team had to leave Paris to play in the Saint-Ouen district.

In 1969 another team was founded, Paris FC, which did not have as much impact and ended up becoming a kind of subsidiary of PSG, after the merger with Stade Saint-Germain. The team plays in the Second Division.

Throughout its history, PSG has become known as a team that buys players, while other clubs are committed to a balance between signings and quarry. “Lyon is built on a strong academy; that of PSG, hiring great stars,” explained Youri Djorkaeff, former PSG player.

In the rest of France, the football community describes the PSG fans as an artificial hobby, and the effect has increased with the arrival of Messi. Young generations, rather than following a club, tend to follow a figure.

When Cristiano Ronaldo left Real Madrid to go to Juventus, the Portuguese arrived with everything and fans, who now followed him on his return to Manchester United. Something similar happened with Messi and his departure from Barcelona to PSG.

In March 2010, PSG ultras fought each other, and the result was a dead person in the Parc des Princes. His followers are mostly identified with ultra-right ideology, which leads to the rejection of migrants, regardless of whether they have played for his club.

George Weah, one of the greatest exponents in the history of PSG, played his last game in 1995 before going to Milan, and the forward, now president of Liberia, was fired with screams that simulated the sounds of monkeys.

New Positives And Unvaccinated Players: What Happens At Bayern Munich With Covid-19?