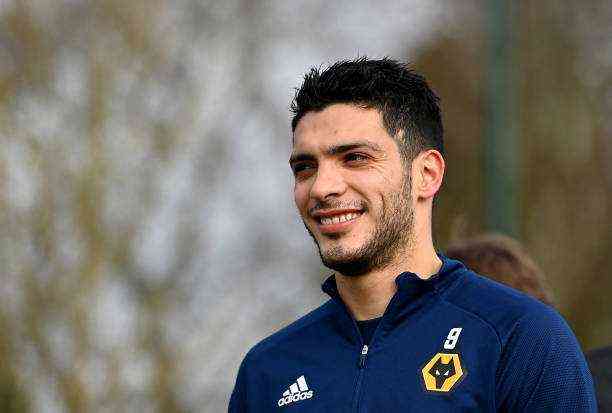 One of the concerns at Wolverhampton for the return of Raúl Jiménez to the hilt, after suffering a skull fracture, was the type of protection he would use. The Wolves coach, Nuno Espirito Santo, had ruled out that the forward used a kind of helmet like the one Petr Cech used, as it was not functional.

Cech covered practically the entire area of ​​the skull with a kind of helmet, but in the case of Jiménez, it was not possible to think of a protection of the same style due to the fact that the striker needs to use his head to perform shots and the helmet would take away power.

It should be remembered that Cech and Jiménez’s injuries are different. While the Czech goalkeeper suffered a fracture and collapsed skull, the Mexican’s injury was less serious, since it was only the fracture, which is why the recovery period has been faster. The goalkeeper needed almost a year to return to the goal.

Jiménez has already returned to the team’s training sessions and is surprised by using a more discreet protection than Cech. It is a kind of headband that exposes practically the entire head and only has one area that protects just the part where the striker has the operation’s scar.

So Raúl Jiménez will return to the courts?

Jiménez evolves favorably in the recovery process, which is why the idea of ​​the Mexican returning to the competition in this same tournament is maintained. Raúl has already partially joined the first team practices, after doing individual physical conditioning.

However, Raúl does not yet have the medical authorization to perform head shots despite the protection because for now, the “headband” fulfills the function of avoiding blows unrelated to the shots, such as a fall.

I would return without protection on my head

Jiménez has already completed three months since the surgery, which is the average period in which a bone heals after a fracture, but the bone tissues are still sensitive, so his return to the courts has no date, and he has yet to pass medical tests.

If they are favorable, the forward could even play without protection. “In Raúl’s case, there are still many questions and many boxes that we still have to check… It is not yet decided if he will carry (protection) in the future.