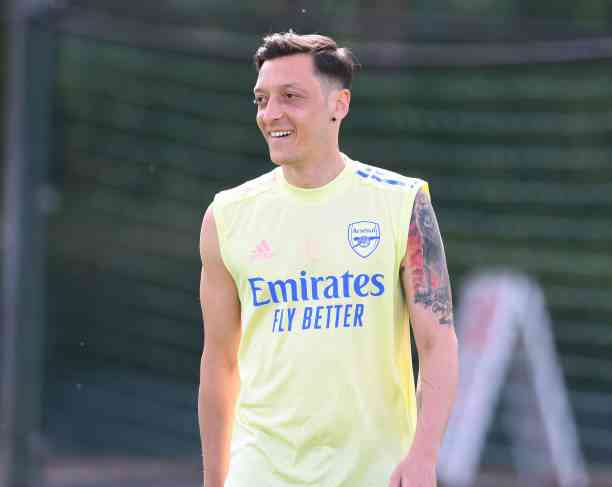 Someone explain it to me! Mesut Özil and Eva Longoria are part of a group of businessmen who aspire to be owners of a part of Necaxa.

It seems that a new stage is approaching in Aguascalientes. There are more and more rumors about the interest of a group of investors, among which are Mesut Özil and Eva Longoria, to acquire a part of Necaxa.

The changes would come while the Rays go through a difficult time in Liga MX. After 14 days, they barely add 10 points and occupy the last place in the general table.

A few weeks ago, the possibility arose that Red Bull would buy the team. However, the difference is that 100 percent of the franchise was sought; with Özil and company, the current directors would maintain the management of the institution.

Entrepreneurs seek 50 percent of the value of the franchise . In recent years, they have acquired shares in clubs in England, France and Italy, thus expanding their reach to the American continent.

“The agreement values ​​the club, currently owned by the Tinajero family, in the lower part of a nine-digit figure, this according to people who requested anonymity since the Mexican Soccer Federation has not approved the transaction,” the reporters revealed Scott Soshnick and Eben Novy-Williams.

It is no secret that the actress is passionate about sports. However, Mesut Özil, Eva Longoria and the group of future owners of the Necaxa are entering a geographical terrain in which they have not yet invested.

Obviously, they know the football industry, as the protagonist of ‘Desperate Housewives’ already has actions in other clubs. She is even one of the founders and leaders of Angel City, a team that will go into action next year.

Together with other actresses, businesswomen and athletes such as Natalie Portman, Becky G, Jennifer Garner, Serena Williams and Mia Hamm, she builds a franchise that promises to steal the spotlight in Los Angeles and the entire NWSL.

What does Necaxa say?

Although it seems that the club wanted to deny the sale of the club, it confirmed that few details are lacking to close a “historic strategic investment for our club and Mexican soccer .”

This, through a statement in which we already mentioned, was highlighted, such as the equipment’s management. Likewise, the directors reiterated their commitment to the Rayos fans.

“We want to clarify that the Necaxa Club is not for sale. We will take advantage of this society that has extensive experience in football . That moment will mark an important turning point in the immediate future of our institution “, indicates the text.

Show Guaranteed! Marshmello Will Give A Show Before The Champions League Final