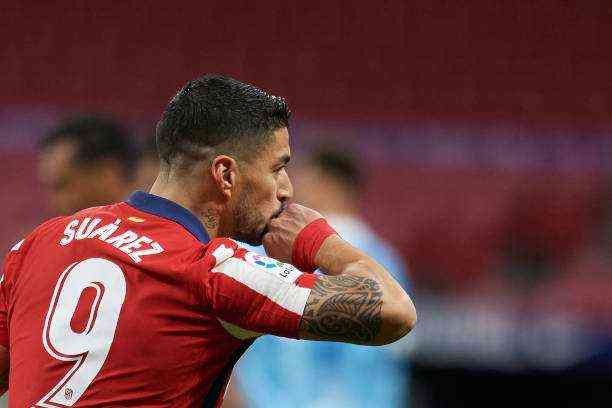 Great gesture! Beyond the recognition, Luis Suárez celebrated his 500 entries as a professional with a donation to several European clubs.

The best way to celebrate your achievements! Luis’s solitary goal against Alavés meant more than 3 points, as the Uruguayan reached 500 goals as a professional footballer and celebrated with a large donation.

Rather than think of himself or take the people’s recognition, the Atlético de Madrid striker went one step further. He preferred to donate 500 balls to the youth categories of all the clubs in which he has played.

Nacional de Montevideo, Groningen, Ajax, Liverpool, Barcelona, and the honorable Colc received the donation. The main objective of Suárez is to promote the new generations of men and women, who are looking for a place in the elite of football.

“I wanted to give back to the 7 teams that have trained me as a footballer. Give a boost to youth clubs that need support to encourage them to follow their dreams, “explained the player in a statement published by his sponsoring brand. But there were still more surprises.

According to information from the EFE Agency, other Spanish teams were taken into account: the Inclusive Soccer School of the Trinijove Private Foundation in Barcelona and the Lavapiés Dragons in Madrid entered the list.

The 500 goals of Luis Suárez

Luis Suárez’s mark in terms of goals, and that prompted this donation, dates back many years. El Pistolero made his professional debut in May 2005 with Nacional de Montevideo, a club where he scored 12 goals.

He then had a spell with Groningen in the Netherlands and scored 15 times; His career underwent a new change when he signed with Ajax, a squad with which he achieved 111 goals.

From there, he emigrated to England and with Liverpool increased his scoring quota to 82 touchdowns. Finally, he made the leap to Spanish football with Barcelona, which witnessed 198 shouts of goal provoked by the Uruguayan.

The account closes with the 19 goals that Suárez has scored with Atleti in 31 games and the 63 goals he has scored with the Uruguayan team. By the way, he is also the top scorer for the Charruas.

Don’t Spit At The Sky! Leeds United Fans Insulted Daniel James, Then He Arrived As A Signing