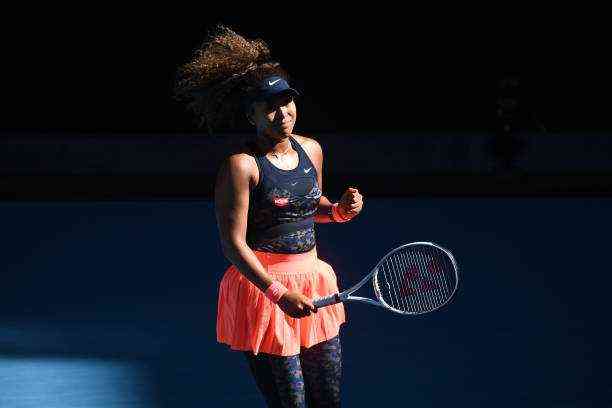 Pure history! Naomi Osaka won a new Grand Slam final and proved that she is no longer a promise, but a reality of the white sport.

How to forget the shy Japanese who beat Serena Williams at the 2018 US Open? 2 years later, Naomi Osaka is still strong on the WTA circuit and has already won another 3 Grand Slam finals.

The second Australian Open title is no coincidence for the 23-year-old tennis player. In this edition, he only lost one set and surpassed, among others, Garbiñe Muguruza and again Williams.

The victim in the Final was the American Jennifer Brady, 6-4 and 6-3. It was an atypical tournament, with fans in the stands, but still in the middle of a pandemic that is ravaging the world’s length and breadth.

“Today was a more mental battle. We were both very nervous. I was especially very nervous even though I had already played three finals.“

And that aspect that she highlighted is the same one that we will talk about. Naomi Osaka has played and won 4 Grand Slam finals, all against different opponents.

The first trophy Osaka won in big tournaments is the US Open in 2018. That historic moment was overshadowed by Serena Williams, who received penalties for communicating with her coach and boos at her attitudes.

The historic one still claimed the Portuguese judge Carlos Ramos, a situation that bothered Naomi and annoyed the fans. However, the 6-2, 6-4 is forceful and speaks for itself.

Although what happened eclipsed Naomi Osaka’s first Grand Slams title, she also became the first Japanese woman to win one of these tournaments individually. History was written, under the wrong approach.

The positive inertia at the end of this season, extended until the first months of 2019. Naomi Osaka appeared at the Australian Open with a very recent championship and took the opportunity to win one more.

Before the Czech Petra Kvitova, the Japanese reaffirmed that she is here to stay. That duel was so even that it was extended to 3 sets and even a tie break, but there could only be one champion, who is now one of the most attractive figures on the circuit.

The COVID-19 pandemic caused almost the entire season to be canceled, suspended, or postponed. Tournaments like Roland Garros could be organized, and others like Wimbledon left everything for 2021.

The US Open was successfully held and saw Naomi Osaka return, this time against Victoria Azarenka in the Final. The Japanese took advantage of this Grand Slam to highlight the Black Lives Matter movement and closed in the best way.

Without hugs, without being able to shake hands, without fans, and with many face masks, this edition came close to déjà vu for the player who was about to turn 23.

We cannot say that this is a copy of what happened between 2018 and 2019, but it is very similar. History repeated itself in terms of the title in New York and the positive momentum in Australia’s face.

With many arguments on the court, Osaka left behind his fourth Grand Slam final in the best way and will return to training with extra motivation.

Although there are those who compare her to Serena Williams, we must not forget that she is Naomi Osaka, the Japanese who already made history and who will surely leave an even bigger mark on the WTA.

Bautista is number one: he knocks down De Miñaur and seals the victory of Spain against Australia