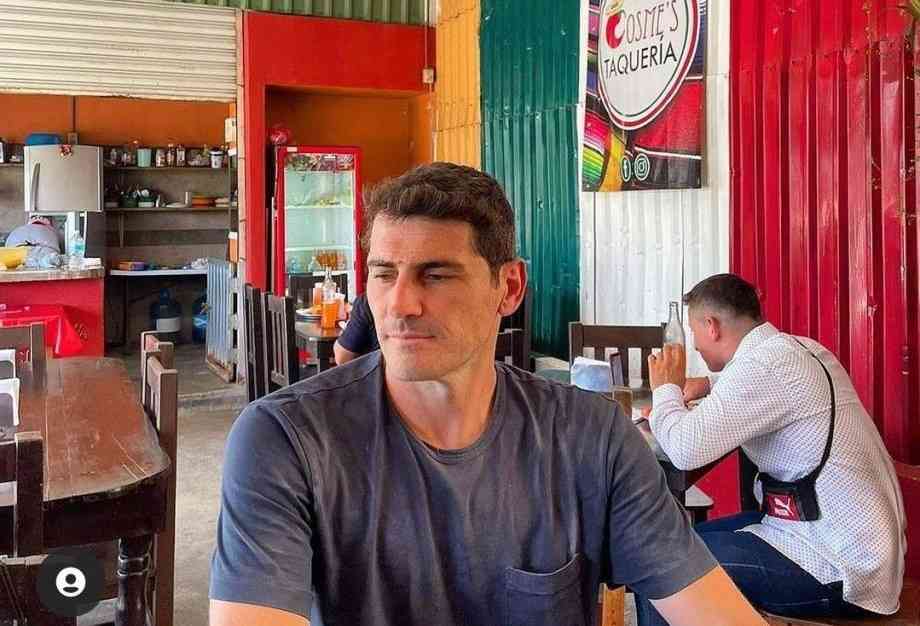 It’s the dream! Iker Casillas has been on vacation in Mexico for several days and drew attention for the unusual tip he left at a local.

If you are going to eat at a restaurant, would anyone be interested in receiving your clothes as payment? When you are Iker Casillas , yes. The former goalkeeper of Real Madrid and the Spanish National Team has been in Mexico for several days and took the opportunity to visit a taqueria where he left a very special tip.

The also world champion spent the last weeks in different parts of Quintana Roo, such as Playa del Carmen. In fact, it was observed in other establishments during the matches of Spain in Euro 2020.

And although he shared several images in the places he visited, his visit to Taquería Cosme drew special attention. Iker Casillas ate at the place and was surprised by its simplicity when taking pictures with the employees of the place and the tip he left before leaving.

In a gesture recently seen, the former goalkeeper gave away beach clothes that he was wearing and took off his shoes. Obviously, he left those items, but he was also generous and tipped 800 pesos (40 USD).

“I realized (it was him) already when he was leaving because he gave me some things. Some tennis shoes and clothes. The tennis shoes he was wearing, he took them off and gave them to me. He gave me a bag of clothes that he had from the beach because it was wet. He went barefoot. From here, he walked, “said Jesus, in charge of the taqueria, in an interview with ESPN.

Don Víctor, in charge of the grill in the place, is the one who appears in the photos that Iker Casillas published on his social networks. Curiously, the former footballer was the one who asked to take them before thanking the food and leaving.

Like when you are Iker Casillas … and nobody recognizes you!

Despite the popularity of the once Porto goalkeeper, the taqueria workers and the people who ate there did not recognize him. For this reason, Iker Casillas had to show up to ask for the photographs and then leave after leaving a nice souvenir and an unusual tip.

“Since I’m at the grill, he came over and asked me, ‘Can I have a picture?’. ‘Of course,’ I told him, and they already took my photo with him, “Don Víctor also told the international network. He also said that Iker took another snapshot with a mural of the place, which was saved on his cell phone and has not yet been published.