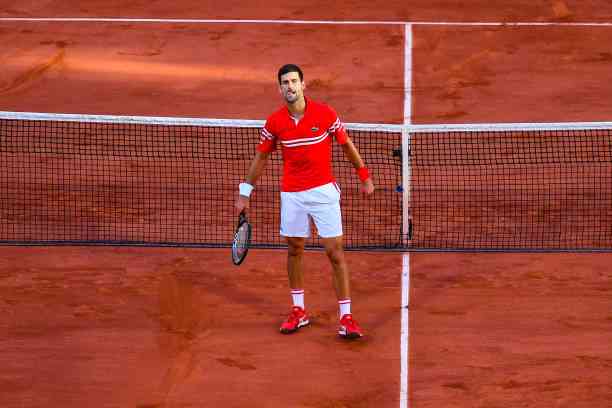 He’s crazy! Novak Djokovic bounced back from being two sets down against Stefanos Tsitsipas to claim his second title at Roland Garros.

Final not suitable for cardiac patients: Serbian Novak Djokovic rose from being two sets down and beat Stefanos Tsitsipas 6-7, (6-8), 2-6, 6-3, 6-2, 6-4 in the Final from Roland Garros. This is his second title in the French tournament and the 19th of his career at Grand Slams.

The attempts of the new generation to reach the Big 3 (Djokovic, Rafael Nadal, and Roger Federer) remain ineffective. Once again, the mental aspect played against the Greek, who was close to the trophy and stayed in the merit.

The first set became cardiac to the point of reaching the tie break. When it appeared that Djokovic had found a way to regain ground, Tsitsipas looked better and did what it took to get the upper hand.

This injected him with a dose of assertiveness, which upset Nole’s game to take the second episode. However, the story changed in the third: the Greek fell apart little by little, until the distances were shortened and the match extended to the fifth set, something that had not happened since 2004.

Novak Djokovic’s victory at Roland Garros also brings him closer to his two strongest competitors: Nadal and Federer boast 20 Grand Slam titles each, so Wimbledon will mark an important watershed in these rivalries.

The best of Djokovic at the Roland Garros Final

Although we could summarize the game in which Novak Djokovic conquered Roland Garros based on the resilience, power, and talent that we already know. However, the Serbian took advantage of his effective drop shot, which got him out of several troubles and put Tsitsipas’ runs in check.