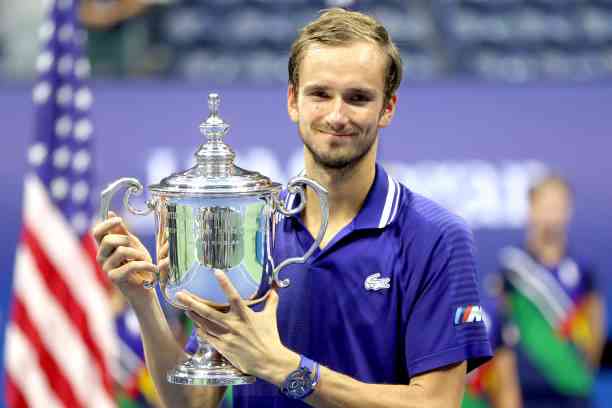 Daniil Medvedev destroyed Novak Djokovic, who gave signs of life thanks to the public, but it was not enough in the final of the US Open.

2021 has been frustrating for Novak Djokovic in his last two tournaments, the same ones that prevent him from marking a milestone in the sport’s history. The Serbian fell in the final of the US Open against Russian Daniil Medvedev, between straight sets, 6-4, 6-4, and 6-4.

Everything Djokovic lost in one game

Djokovic not only lost the US Open title, but he missed the opportunity to become the sixth member of the legends to have won the big four in the same season. The Serbian won the Australian Open, Ronald Garros and Wimbledon, but was left unharmed against Medvedev.

After losing the second set, Djokovic felt emotionally shattered, so that he was left unanswered for much of the third set, the easiest for Medvedev, however, Djokovic, who was down 5-1, gave signs of life and, Pushed by the New York crowd, he complicated the first Grand Slam title in the Russian’s career by going 5-4, however, he sentenced after much drama in that third set.

Djokovic’s collapse happened 44 days after the failure at the Tokyo Olympics. The Serbian came as a wide favorite to win the gold medal and in the end was left without a medal and without the feat of the Golden Grand Slam, something that only the German Stefi Graf has achieved.

Djokovic also let go of the opportunity to surpass Roger Federer and Rafael Nadal as the top Grand Slams winners. All three will remain tied at 20 crowns until March 2022, when the Australian Open is played.

The Serbian threw in the towel after 2:10 hours, and Medvedev gets revenge for the 2019 final, when he fell in five sets against the Spanish Rafael Nadal and also becomes the first Russian player to win the New York tournament since 2000, when Marat Safin beat American Pete Sampras, also in three straight sets.

At the end of the game, Djokovic jumped the net to congratulate the Russian in an unthinkable act early in the third set, when Djokovic was out of whack. The US Open has a new king.