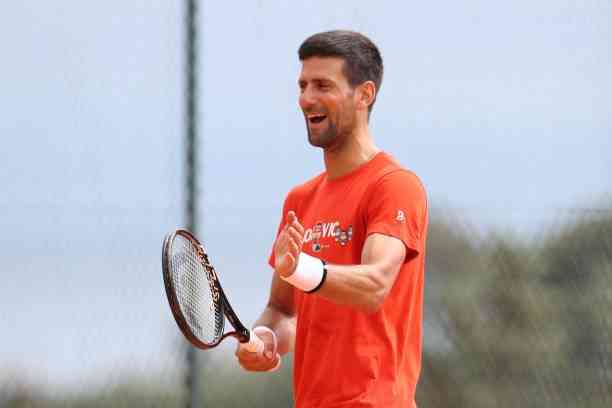 Novak Djokovic has appreciated the news of the return of Toni Nadal, who will train the young Felix Auger-Aliassime: “I suppose he was looking for a new challenge, I wish them the best.”

Novak Djokovic is back. After a few months away after suffering a muscle tear, the Serbian tennis player returns to Monte Carlo’s competition after a few months away. In these days prior to his debut at the Monte Carlo Masters 1000, the world number one has spoken about his physical condition and also about one of the most commented news in the world of tennis: the return of Toni Nadal, who returns to the circuit to train the young Canadian Felix Auger-Aliassime.

“I cannot imagine Marian Vajda training another player while I continue to play,” said Djokovic, appreciating the fact that Toni Nadal has returned to the circuit after his retirement after so many years with his nephew Rafa Nadal. However, the Serbian was not surprised by the news: «Toni and Rafa have not worked together for years, and Felix has been in the Nadal academy in recent years, so it does not surprise me. I guess I was looking for a new challenge, another adventure with one of the young people with the greatest projection. I wish you the best”.

Also, Novak Djokovic spoke about the change of the start date of Roland Garros: “The important thing is that the tournaments are played. As I understand it, one of the reasons is that by delaying the dates, there will be many more people due to the change of protocols in Paris. It is difficult to know if the decision is good or not, I am not in the French Tennis Federation or in the French government to know what is happening in Paris ».

In Monte Carlo, Djokovic can sleep in his residence and not in the bubble, as is the case in most tournaments: “It’s great that those of us who are residents of Monaco can sleep at home. They have also confirmed that each player has one hour a day to exercise outdoors and not in crowded areas, “concluded the world’s number one.

Will it be Possible? Wimbledon Plans To Have 10,000 Fans a Day