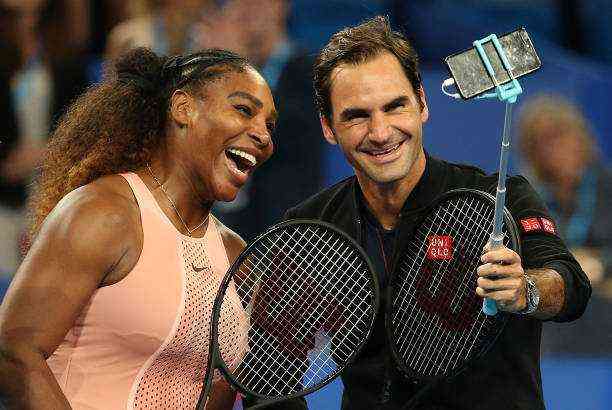 The records are to be broken! Roger Federer and Serena Williams are two of the greatest references in white sport, and their careers intersected once again with her participation in the Australian Open.

It is well known that His Majesty is going through a bump due to the knee injury he suffered last year and therefore was absent from the tournament. However, in March, he will be back on the circuit to seek his 21st Grand Slam title.

For her part, Serena Williams is already installed in the Australian Open semifinals and reached a mark that only Federer boasted in tennis.

We do not choose this number at random. Regardless of whether it is the ATP or the WTA, Federer, and Williams are the tennis players with the highest number of victories in the Grand Slams history.

They have sometimes met in doubles matches, such as the Hopman Cup in 2019. Frances Tiafoe accompanied her, and he had his eternal partner Belinda Bencic.

However, the highlight is her individual participation in the Big Four: Serena has won the Australian Open 7 times and Roland Garros 3 times. The American also boasts 7 trophies from Wimbledon and 6 from the US Open.

Meanwhile, Federer’s track record includes 6 Australian Open titles, one from Roland Garros, 8 from Wimbledon, and 5 from the US Open.

In total, these 43 championships can also be translated as 724 victories, of which 362 are each. Interestingly, Serena Williams can break this mark in the semifinals of the Australian Open that ends this weekend.

She will face Naomi Osaka in search of a place in the Final, and the American has never lost a semifinal match in Melbourne.

As we already mentioned, each one registers 362 victories in the most important tournaments in the world of tennis. Although there are some aspirants to reach them, the difference is still quite clear.

Third on this list is the Czech-American Martina Navratilova. She is already retired, but left a mark of 306 Grand Slams wins.

Then there’s Novak Djokovic. The Serbian is emerging as the main danger for Federer and Williams, as he has 300 matches won and aimed to increase that number quickly.

In fifth and sixth place are the American Chris Evert (who retired in 1989) with 299 wins and the Spanish Rafael Nadal with 286.